All packed up. Antennas and radios are back on and in the truck. I had the HF antenna removed when I needed to get on a friends hoist and had not put it back. Now its worth for the trip. Can do some DX calls from the Nullabor plain.

I also have the UHF/VHF radio back in again with the GPS for the APRS system. The 2m whip is on the left in the picture. The whip on the right is the long whip which can go on top of the HF antenna instead of the short whip with the cap hat, however I already have pretty low SWR on 160m even with the short whip and the cap hat.

I also use the long whip as a second antenna with an auto tuner for quick band switching for listening. The Hi-Q HF antenna needs a little more work to tune. Will make an auto tuner eventually myself. I have tried a couple, but the results are mixed so I keep tuning manually which is fine too. 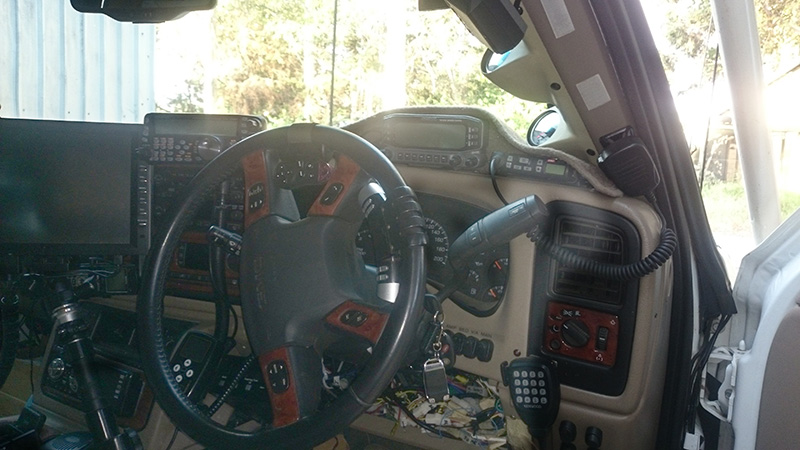 Here is an image of the radios inside. Left of the steering wheel is the TS-480 and on the right the TM-D710A both Kenwood. In the corner is the little CB for channel 40.

You can follow me on aprs.fi under my call sign, as long as a repeater gets my signal. Coverage for aprs in Australia is not very good, so I will be lost in the system soon. We will see. Last time the signal did not get caught far outside the metro.

Below is a SWR curve plotted from my antenna analyzer of the Hi-Q with cap hat and whip in the 160m band. I get as low as 1.02 at the right setting. Pretty good for a screw driver antenna. 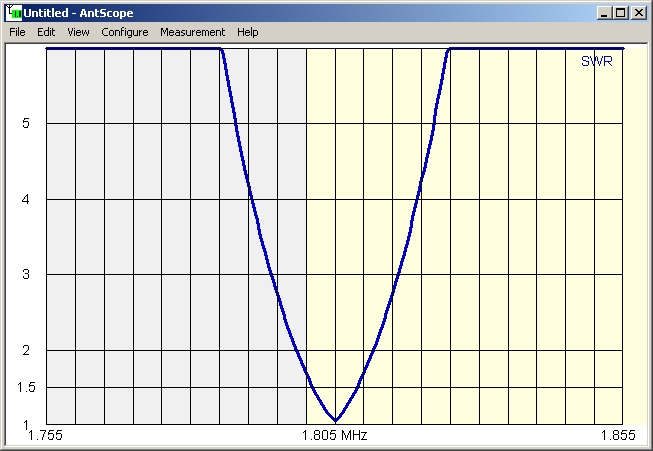