The trip over to QLD started ok until I reached the Nullarbor with an outside temperature of 50 degrees. I had different tyres on the truck and the trailer, old tyres I have to admit. I did not want to ruin my new set of 12 because I knew that the alignment of the front of my truck was off and that the tyres would not last much more than the trip. I thought the trailer tyres, also an old set, might last the trip, however it was not to be. Just past Madura, actually before the Nullarbor on the West side I lost the two right tyres on the trailer. They simply disintegrated.

I only had one spare for the trailer, the other spare was a different size for the truck. That was pretty much in the middle of nowhere. As I later found out, the tyre pressure was off. I wanted to test the pressure in Norseman but the servo had one of these automatic ones which are useless, they only go to 60 psi. I was sloppy, did not bring my compressor and had no pressure gauge. Well I assumed that a petrol station should have a tyre gauge. Boy was I wrong, on the whole trip I did not find one with a decent pressure gauge.

With one tyre less I had to invent a solution, but that was pretty simple. I have an airbag suspension, so I could drop the pressure in the bag without wheel and up the pressure in the other wheel to level the trailer, however I had not yet connected the valve to close the load share line. The wires were connected but no switch yet. I improvised and found the right wires and got the valve closed. I did not want to run the bag without wheel at the high pressure because it would have strained the limiter strap. It is a very strong strap, but still I did not feel comfortable and I had the valve for exactly those reasons, not that I expected to ever use it for that purpose.

Anyway, it worked and I drove 800 ks before I lost the next wheel on the left side. This time it was easy, I knew what to do and then drove another 1000 ks with the trailer on 2 wheels. No problem, the weight was ok for the two wheels and it all worked fine.

I mounted a new set of low end tyres (Bridgestone Dueller) on the trailer in the size my kids can use for their horsefloat, so it was not wasted. These tyres were running ok all the way until I was back. No signs of wear or any problems. The trailer runs perfect, just the tyres were really dodgy. This was a self inflicted problem and I had nobody to blame other than myself. 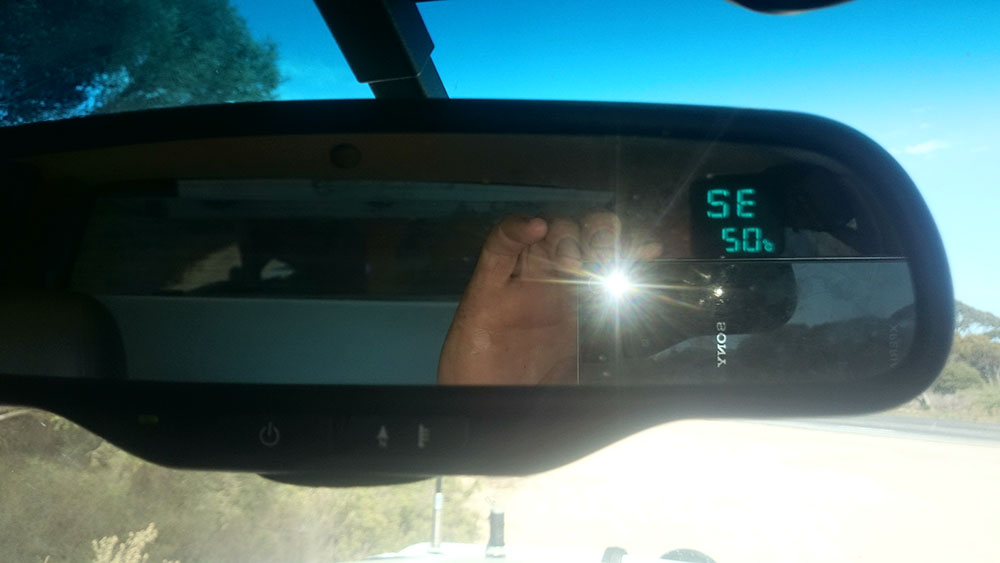 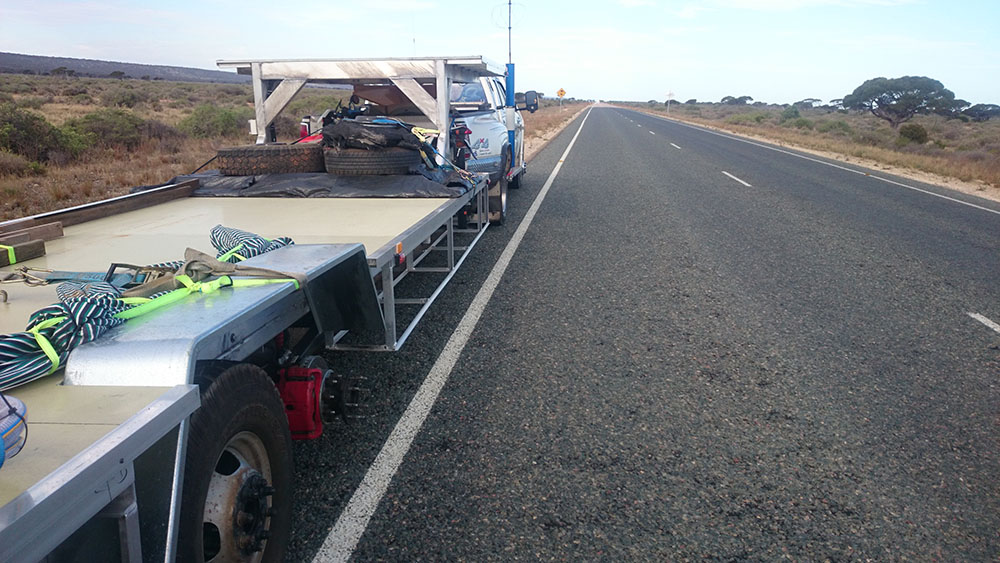