The second tarp, which was still hanging on a few threads, has finally given up and was shredded by the wind we had recently. I removed it completely and used the opportunity to work on the roof and on the edge. I installed edge trim on both sides, 6.5 m each piece, however it is not yet finished. A few bits are missing towards the front. Will do that in the next days before I put new tarps up. Will also give the front part of the roof a bit of a clean and also the top of the slide-outs, which have collected a bit of dust and grime.  I also fitted the second hatch, the one in the bedroom. And last but not least I have done the extractor fan in the bathroom.

The fan shown in closed position. It has a temperature sensor and can open automatically above a set temperature.

Below is a picture of the remote control. I will have a simulation of the remote using an Arduino to automatically start the fan when a certain humidity is exceeded. We will use the bathroom also as a drying room and when there is too much moisture build up the central system will open the fan and extract the moisture. 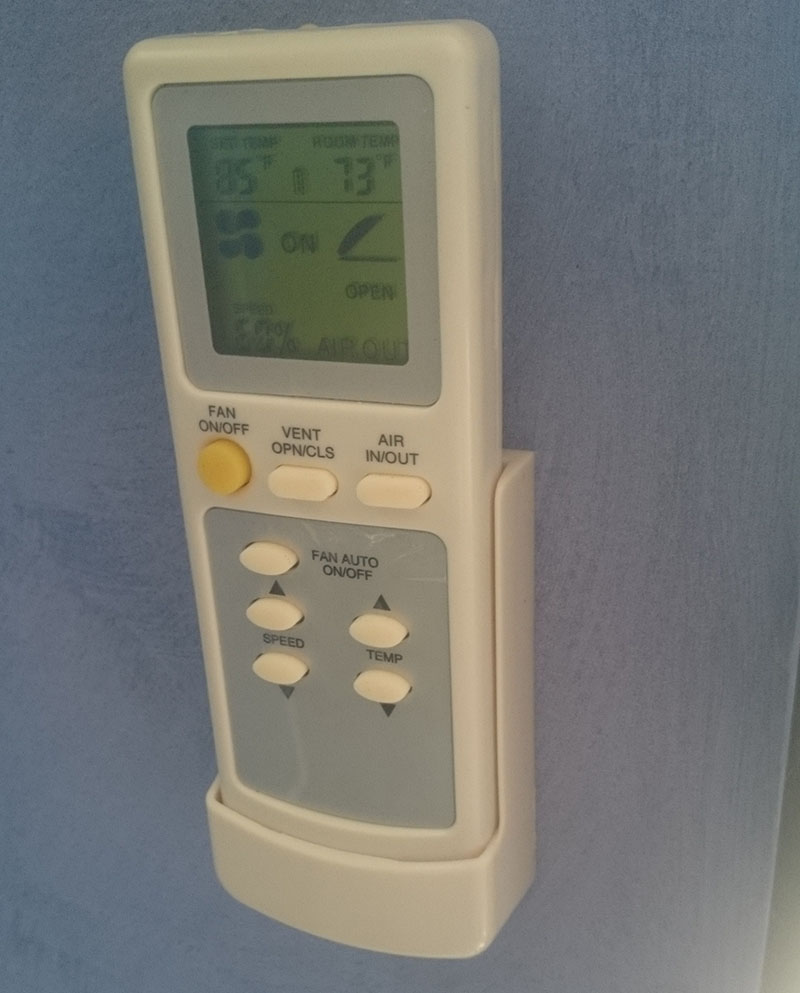 Inside view of the open fan. 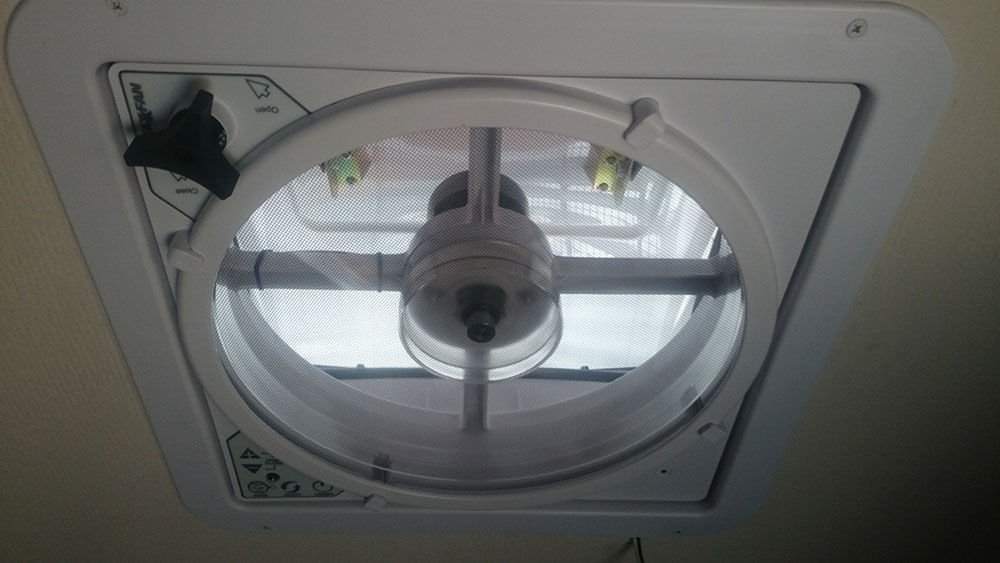 Outside view of the fan. 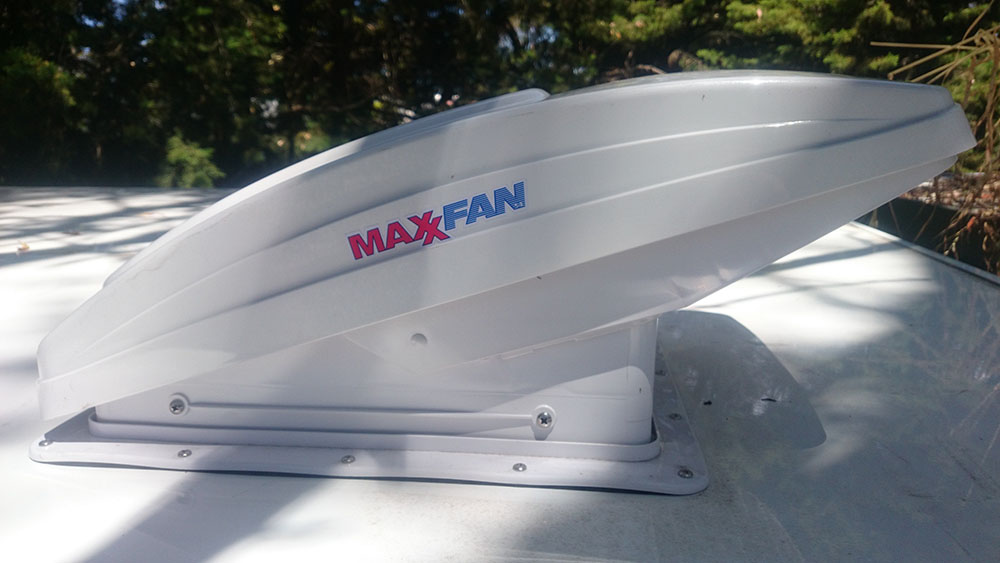 It is constructed as an all weather fan, meaning there will be now water ingress when open in a heavy rain. 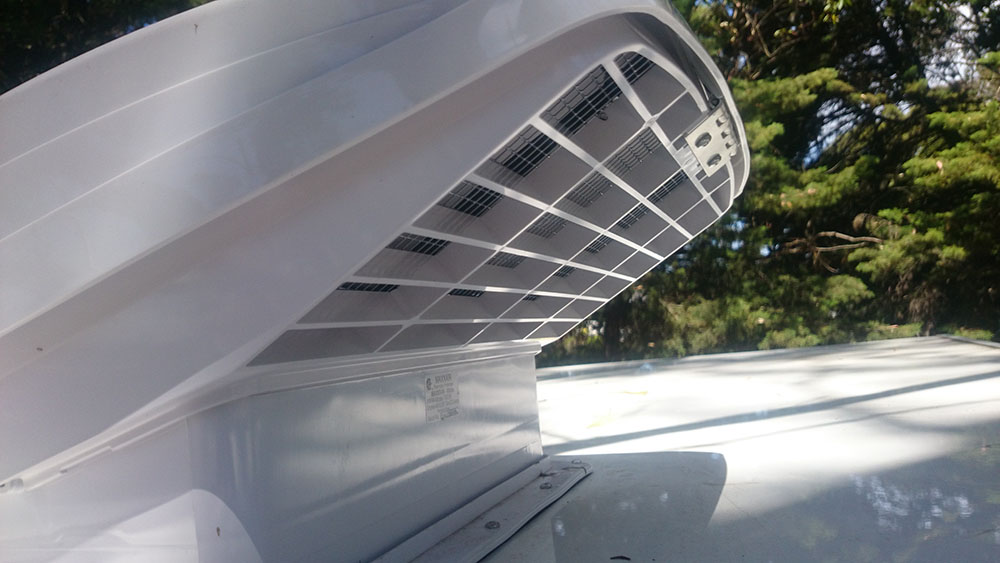 I also received already the blind motors. I only ordered them last week from HongKong, but there are more and more suppliers from HongKong shipping individual parcels from Australia. 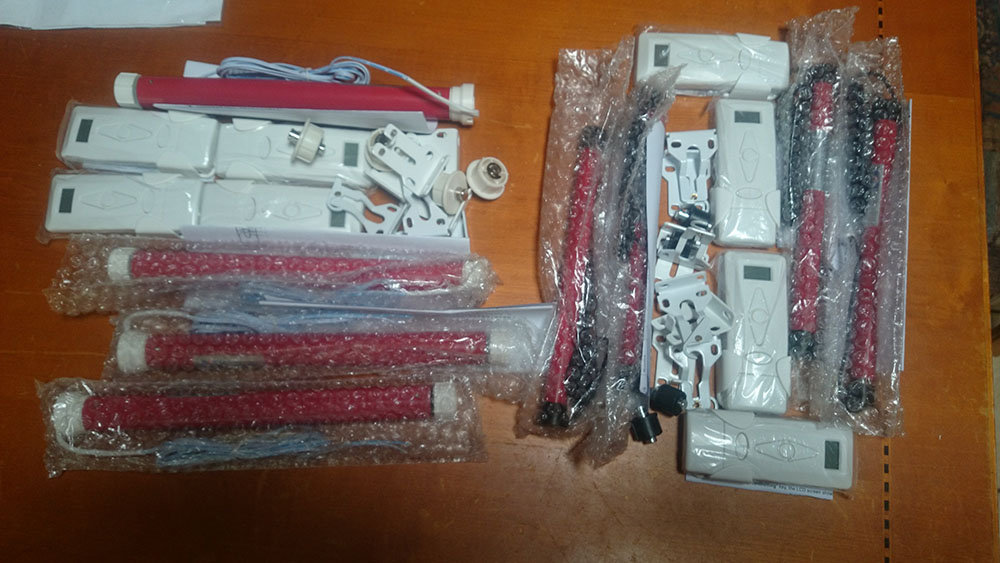 4 small and 4 big motors for the remaining blinds. Will finish these when all walls have their final cover.