Done steel welding today.
Tacked and fully welded all trailing arms and started the coupling mount. Checked the wheel position and clearance as well as calculated overall width. Above image shows one wheel mounted on a trailing arm with the center cap. The wheel liner (stainless) is not on the wheel, so it is a bit ugly. Outside center cap left to right is 2480mm. Without center caps its is 2420mm from tyre face to tyre face.

The trailing arm distance from the inside face of the flange ended up 1mm out from the  original design. I am pretty happy with that. The reason was in the angle of the cuts for
the trailing arm pieces and instead of accepting a small gap we left it and ended up about
1mm off. So far all is pretty accurate, I mean we do not measure most distances in 1/10th
of a mm or so. 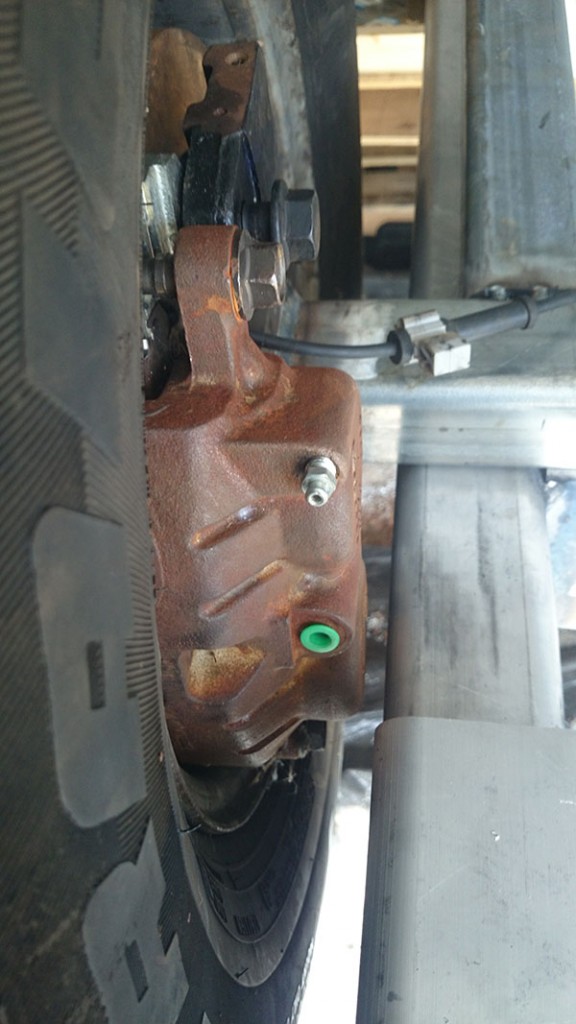 Left image shows a close up of the brakes and the clearance between the calliper and chassis. The calliper is in it’s extreme position with the pistons extended. The wheel is 1mm furtherout than originally designed, which will be compensated by moving the trailing arm 1 mm in when we tack it on the mounting blocks. The calliper in the picture is a sample of my truck’s callipers. The final version I put on is a performance calliper with larger pistons than the original. This will give more even pad contact.

Below is a pic of the adapter flange and axle sleeve before it got welded to a trailing arm and without gussets.
We have 8 gussets between the flange and the axle sleeve. We finished welding it but I did not take a pic. Will do that tomorrow. This is the adapter flange I had made by my machinist and it mounts the steering knuckle and the hub.
The hub is held by this flange and not by an axle or stub axle. I only have it for additional safety and keeping the bearings together. The hub has sealed bearings and is rated at 2.9t a pair. 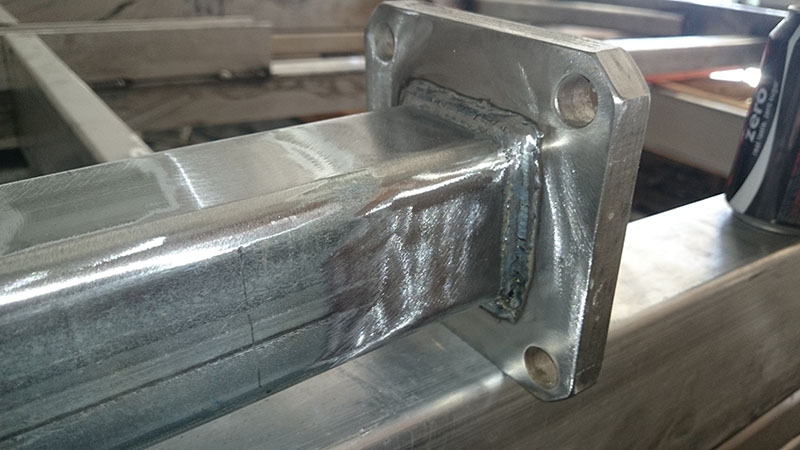