well almost.  Just a few bits left on the rear right. I also added a few of the underbelly cover supports. These are t-sections across the underside of the trailer. These will be used to hold the cover sheets of alu honeycomb 6mm panels. These panels will cover the whole underside from front to rear. 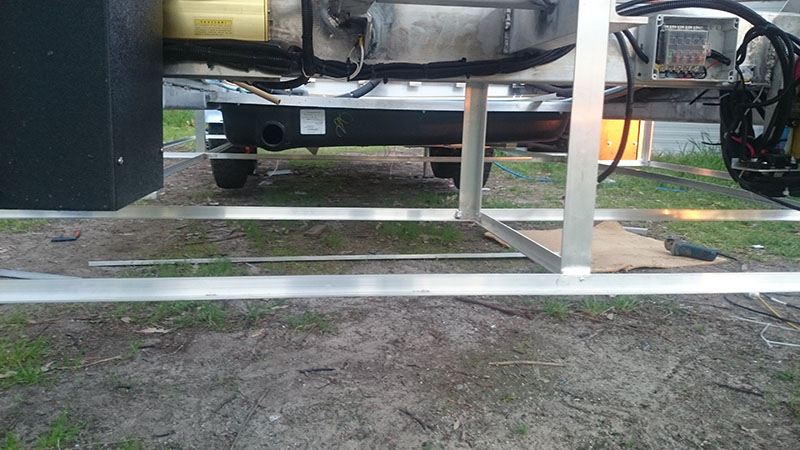 I have to do a few more of these tomorrow and then the lot will be welded. In the middle section is a bit more to do because the trailing arms require a bit extra work to go around them and cover everything else.  I want the underbelly completely sealed, trying to keep the dust out and the rocks. Another reason is insulation, because in the cold areas the access heat from the heater compartment will be blown into this space to prevent pipes, valve and tanks from freezing. 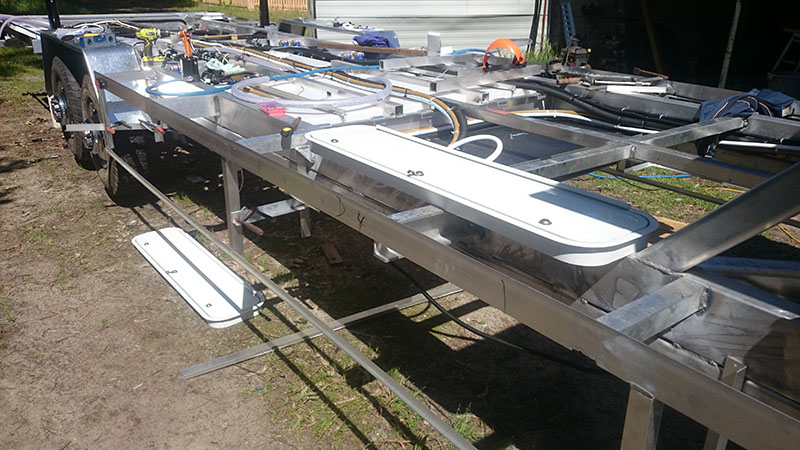 We also took all the baggage doors, which will go under the floor, to the trailer and placed them at their designated locations to verify the final positions. A couple of changes will be made after discussing the current point of view.

We also looked at an alternative for the deck. 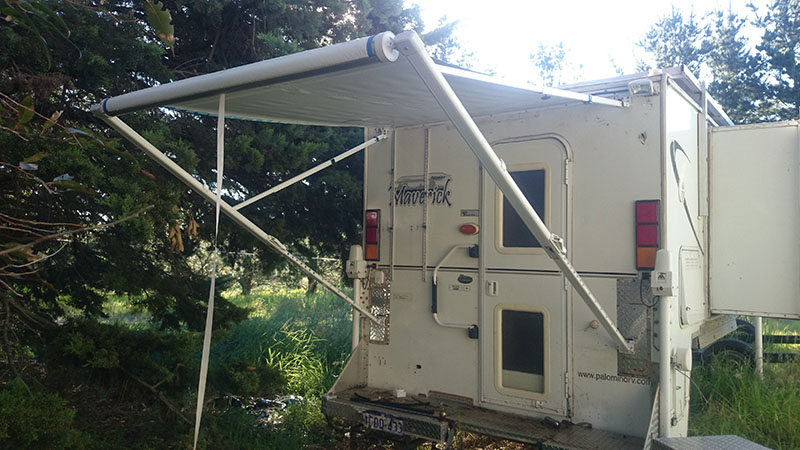 We still have the awning on out slide-out and we actually prefer the awning at the back instead of a fixed roof. The roof as it is at the moment will always be there when the deck is open. We consider that a disadvantage in the cooler areas. Also when the wind comes it is more prone to damage than no roof. The awning can be closed easy, the roof of the deck can only be closed when the deck is in. So we might use the rear door as the floor and not the roof and mount the awning inside the recess. The downside is that we have a solid floor and the dirt cannot fall through, where with the current plan the deck allowed dirt to fall through. There are pros and cons for each solution of course.