Today I done all the little stuff around the brake lines, putting cable ties at all ends of conduit, tightening the connections, fitted the ABS controller and fitted a temporary home for the control panel of the levelling system.

A waterproof case for now to protect the control panel.
Later the panel sits inside the body and the case will be obsolete.
Had a bit of a problem with the levelling system until I realised that the controller was mounted wrong.
They have specified top, but not left and right. After I swapped sides it worked. Still have a problem with the limiter switches of the legs, they used to work, but after I have shortened the cables only one works and the other 3 don’t. I will find that tomorrow. Should not be a major drama. 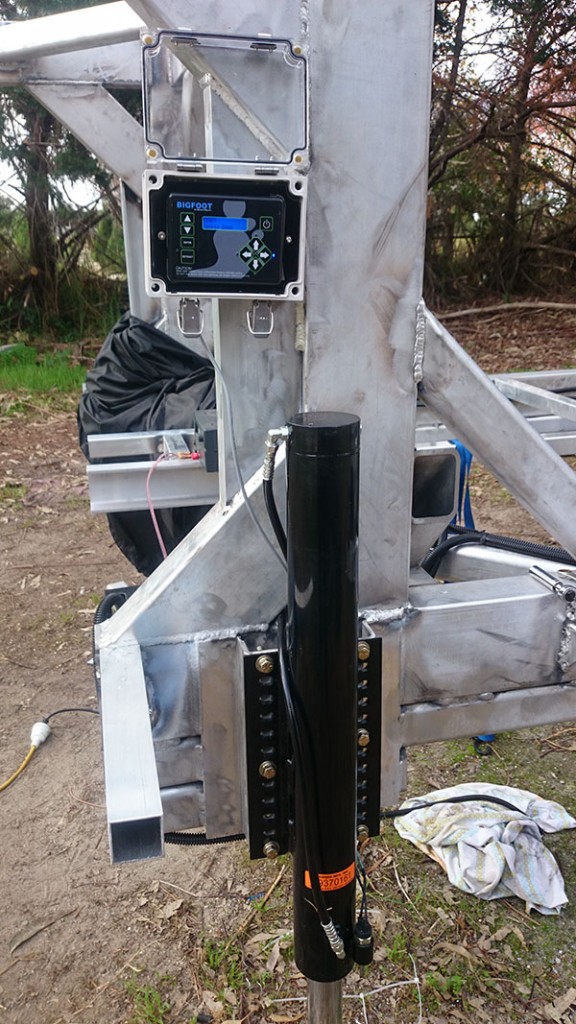 Tomorrow I will extend the ABS sensor lines and connect them. The cable I had ordered through ALIExpress arrived yesterday.

Still don’t have a proper small charger for the little Lithium on the chassis.
With the levelling system test I needed a bit of charge and used one of my Ham radio
power supplies. 13.8V is just right…
When the legs go up, all at the same time, the pumps draw around 40A, so that little
battery has to work hard and charge with this power supply is also close to 40A
when the battery was empty. I had it down to 11.9 .. 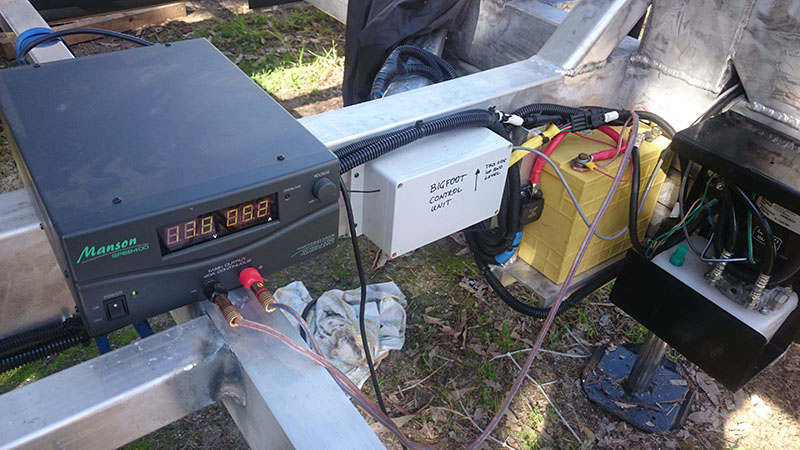 I may actually swap it to a 90Ah and use the 40Ah as a backup for the central computer system once I have that in.
I will keep the battery for the legs and the brake away separate from the house batteries.