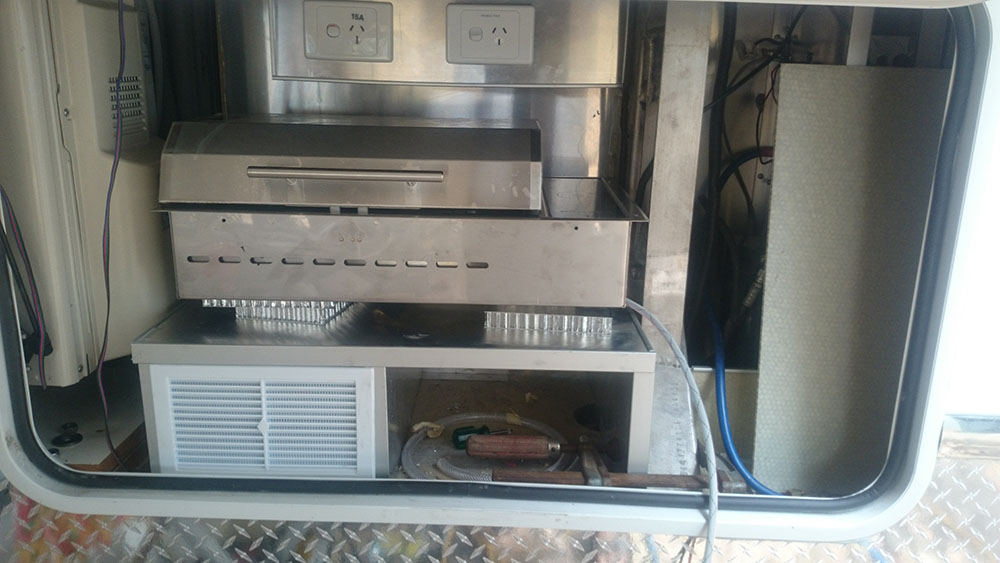 I hooked up a couple more power points in the front storage compartment. I test fitted the BBQ and built a pedestal where the runners will be mounted for the BBQ slide. The vent on the lower left is for the 12V fridge. I will also have a vent in the side of the pedestal but not to the outside. The area is big enough to take the circulating air and when we run the aircon the left side is open anyway. The power point on the left is a 15 Amp outlet with it’s own RCD to supply an external load. This is used to feed 240V into the truck for the battery charger and also my radios and amplifier in the truck. I could supply 240V legally to another caravan if required.  The power point to the right is a 10 Amp socket for the BBQ.

I will use an over extending slide  for the BBQ to come out and I may actually mount another slide on top to move it to the right. I have been contemplating an arm construction to be able to move the BBQ in any position I want it, but it will be heavier when I want to make it real solid. The two slides are easier and more robust in the long run. A 400 mm slide will extend by 630 mm to over a 1000 mm length. That is a fair bit and allows me to either stay under the neck when it is raining or we have lots of flies or slide it out in the open when I prefer that.

The image below shows the rest of 100 m of the 2.5  sqmm cable. I have a total of over 200 m power cable in the van. Cable sizes are 1.5, 2.5, 4, and 6 sqmm. I only use flexible round cable, anything else is a no go for me.  I was running the cooktop and the BBQ, the aircon and the fridge on battery and have seen draws of 350+ Amps, however the inverters are complaining about low battery while the BMV still shows 13.15 volts. I have to measure right at the inverters if I have any voltage drop over the fuses or other connections which may show with this sort of current. I am still waiting for my programming cable to update the firmware of the multis and then I will get onto Victron to clarify that once I have measured the voltage right at the inverters, I use 2x 70sqmm for each connection from the 1000 A shunt to the inverter. That should not cause voltage drop not even with 500 Amp.

The low voltage pre-alert is programmed to 12.85 V at the moment so the warning light does not make sense to me. I will find out though. Once I have my shower pressure pump and the on demand heater fitted I should be able to create draws closer to 500 Amp which is the limit of the inverters. Running the second inverter on full power should see draws up to 650 Amps max. Not that I am going to use this all the time, but I will test the system to it’s maximum capabilities. I have already seen charge currents above 200 Amps from the chargers without solar. 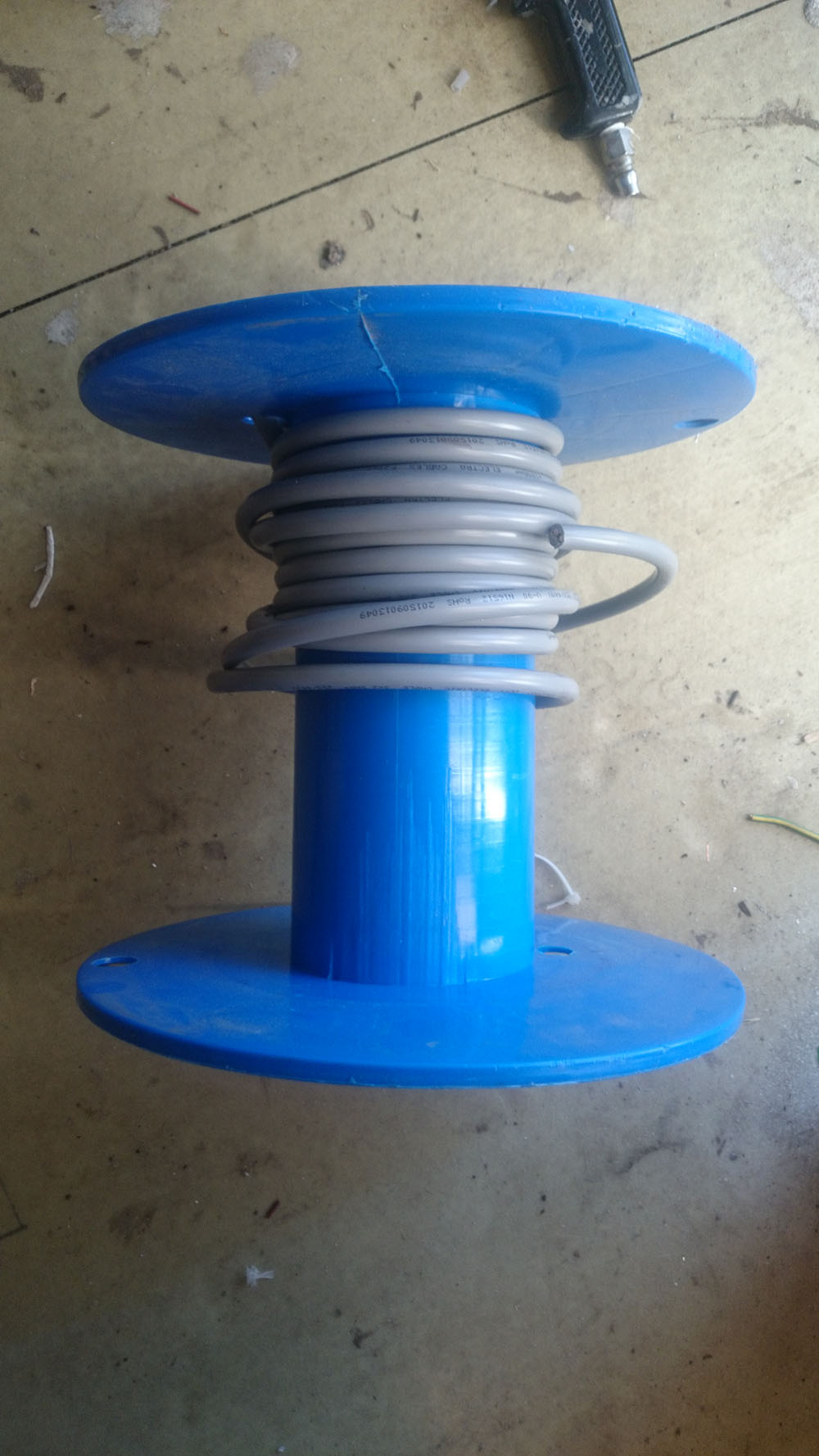