The touch screen is mounted in its bezel, the connection cable for the screen is made and the components are in their box. I use two step down power supplies, one for the Arduino and one for the display. I found the display to be unreliable when powered from the Arduino, it draws too much power and with the Ethernet shield in the stack, which also draws a fair bit of power it would be a bit too much for the Arduino internal power supply. I run 7 V to the Arduino, if I power it directly from 12V I found that the on board power supply gets a bit hot. The step down supplies are only $1 each so this is not really an issue. The supply power for the display is 5V. 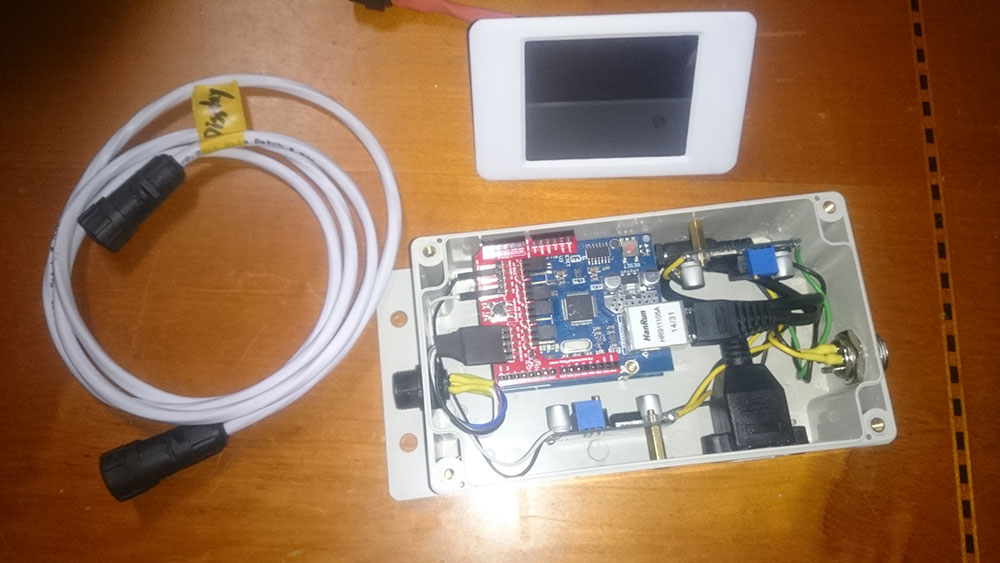 Testing the software with an Arduino Uno is a bit of a pain because every time I want to update the sketch in the Arduino I would have to remove the display because it also uses the serial port for communication. This is the reason I use an Arduino Mega for testing which allows both the monitor serial as well as the display serial to be connected and is far more convenient because I can actually see test output on the serial monitor. Now for production I just burn the sketch onto the Uno and all is good. The Mega would be total overkill for this application.

This is all a bit big compared to the Victron component, but I guess it would go a bit too far if I made my own PCBs to integrate this, however I could have used an Xboard V2 without the adapter shield for the display and I would have saved a significant amount of space. The sketch would run on that too and it has an onboard Ethernet. I would not really have saved a lot unless I would have left it outside a box without this additional Ethernet cable adapter. I only have 3 size boxes and the one size down would have been too small even for the Xboard. But space is not really my problem and with the larger box I have less heat issues. 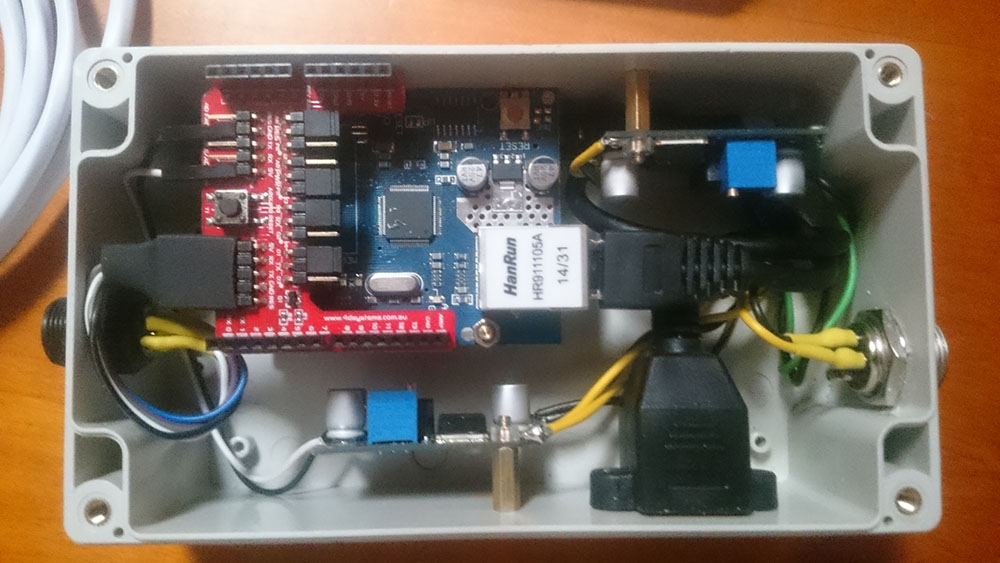 I also made a page for my Development and Installation Wiki, which contains everything about all the components and their use accessible from the touch screen of the central system or the remote control tablets. The next and last step is to mount the display on the perspex face plate to cover the hole of the Victron component. The display is smaller than the Victron Multi Control, so I have to cut a cover plate and mount the screen on that.