Our container was unpacked at the freight forwarder (DB Schenker) because of a requested AQUIS inspections. Customs did not have a problem with it, they did not care to inspect, which was to be expected with the kind of content and origin. AQUIS had a hold on it though and inspection was yesterday but brief, since they were convinced pretty quickly that all items were new, pallets were treated and tyres had no moskitos nesting in them.

So we had the additional cost of unpacking at the depot, but did pick it up and saved the cost for the container transport, which is not less. So at the end it was more convenient because unpacking at home was less stressful as a live unload of a 20″ container which was hand packed and not every thing pas palletised. Now it was and I have to go again tomorrow to pick up the rest, because the truck did not take everything. It was good though because anything bigger and I would have had trouble on our property. I had to cut a big branch off a tree anyway already and a bigger truck would have been a pain. This was my neighbours smallest truck and it is the one he trusted me with. I guess it is always a big deal borrowing a truck let alone a big truck. If something happens it is not just the hazel of fixing it, it is also not having the truck for the business. Well so I don’t complain, in the contrary I am quite happy to have that convenience next door.

On top of that he also borrowed me one of his forklifts for unloading and the same again tomorrow. Great to have such neighbours, but we scratched each others back a few times in the past so I don’t feel bad about asking this favour. 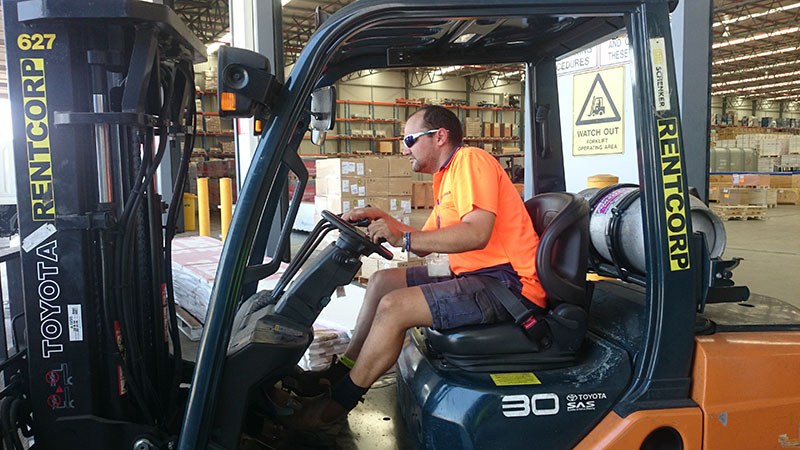 Garry at Schenker made the whole exercise even more memorable with his great and helpful personality. He was the one who unpacked the whole container and swore to have taken everything out. I am not sure yet but I think I am missing a slide-out. I received four but it should have been five, three for me and two for somebody else. There was a hick-up in the US with the delivery from this company, more the transport. I am not sure at this stage, but it does look a bit questionable. Well I have to unpack those 4 boxes to see if there are 2 in one box. Maybe but I don’t hold my breath.

Garry was kind enough to help me wrap the pallets and we loaded the truck with what we could get in, the rest will be picked up tomorrow. 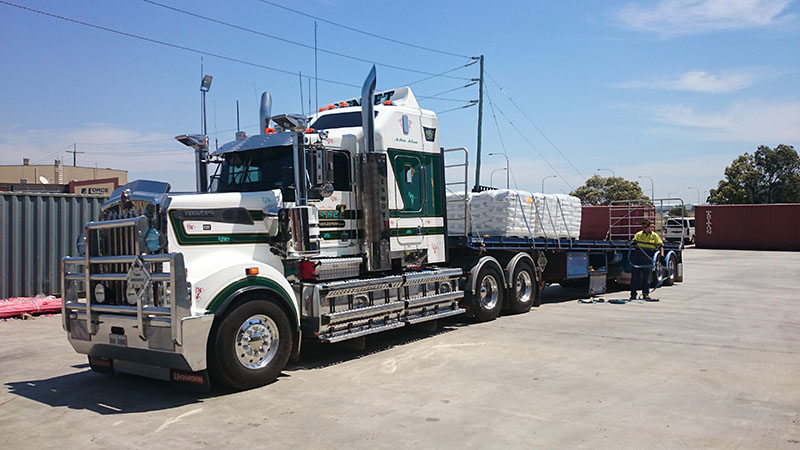 While I was in the yard loading my truck I saw this beast. That would tow our van easy wouldn’t ? but I would not want to pay the registration and the fuel. 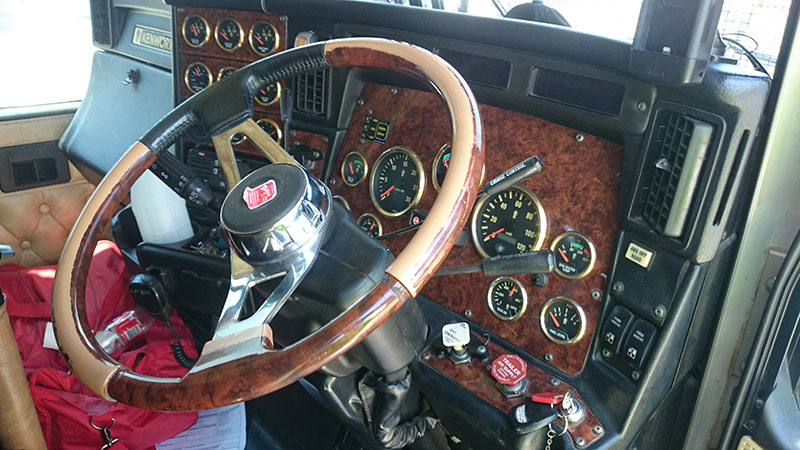 Here is an image from the inside. 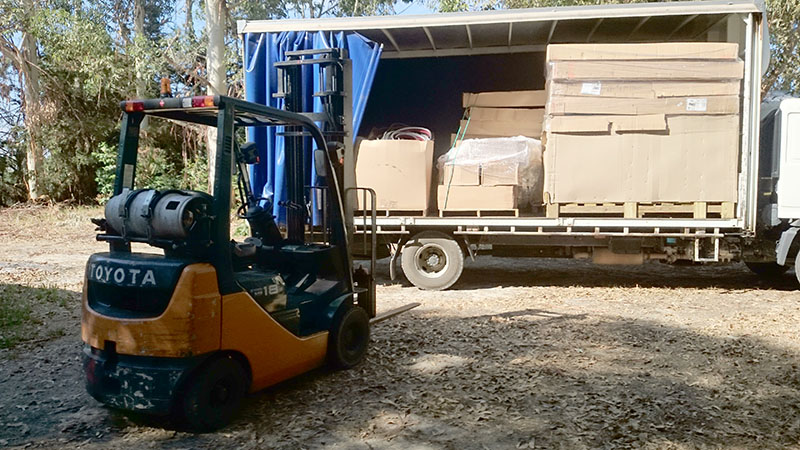 At home I unloaded the truck with the forklift and spread the pallets out to unpack. 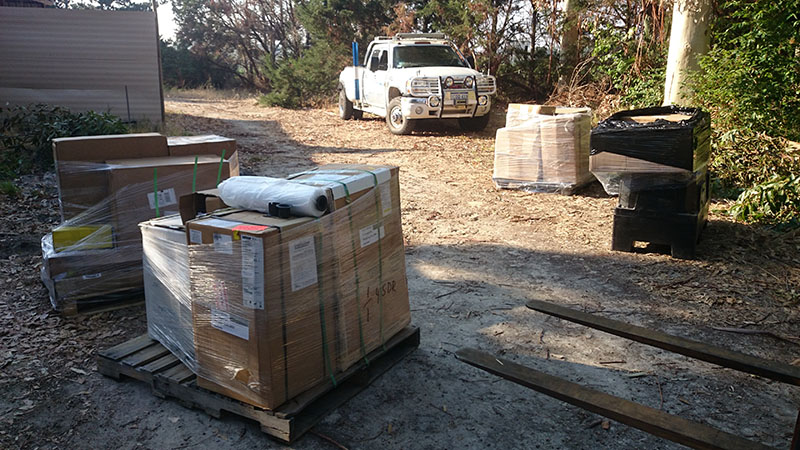 My wife helped me unpacking at a few hours later everything was sorted into different locations. Not all packs open yet but most are done. I will take a few pictures once everything is sorted in my studio and the shed. 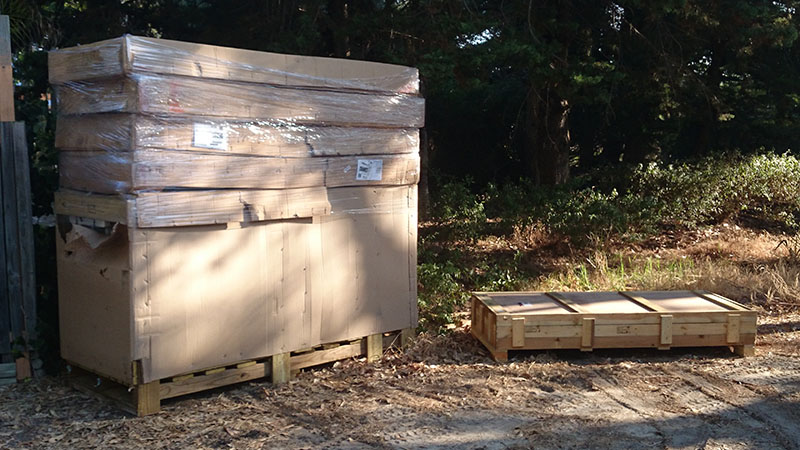 These are four slid-outs, all the baggage doors in the crate below and some windows and the entry doors in the crate to the right. Extremely well packed by Challenger Doors (baggage doors) and Hehr International (windows). The slide-outs are poorly packed. Originally they were on two pallets, but my consolidator told me that only one pallet arrived and the boxes were stacked on top of each other. They claim to have received 7 boxes and the supplier said they have sent 7 boxes, however so far I have only received the four big ones and two small ones. Anyway I will have to wait and see.