Originally I had the motorbike on a carrier at the end of the van as most people would think, however there are a few good reasons against it. We have a goose neck trailer so the stability issue is not really as pressing as on a caravan with a larger load at the end. Nevertheless

I wanted to save a s much weight on the van as I could because the weight limits are more critical on the van than on the truck. I have a bit more margin on the truck. So the plan is now to hang the bike on the end of the truck on a carrier mounted on the tow bar. The bike should just clear the tailgate in height and sit as close to the tailgate as possible.

This was achieved by putting the carrier upside down into the lower of the two receivers in my tow bar. Perfect fit. however I have to strengthen the brackets a bit in the center because the are not intended to work that way. The bike is 140kg and the carrier is rated at 600 pounds, so still lots of margin but only the other way around. But this is not really a problem with a bit of extra steel. 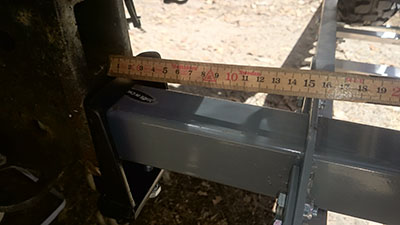 My tow bar has two receptables for 2″ tow ball mounts, which comes in handy for this application. Taking the distance and then I will cut the rail to fit into the receiver and have enough length to achieve the required distance. At the moment the rail is much longer and we used the outer short bit to stick into the receiver.

Not really important at this stage to get it all final, it was meant to confirm the theoretical values I have calculated in my CAD model.

I will finalise the carrier once the chassis is done. 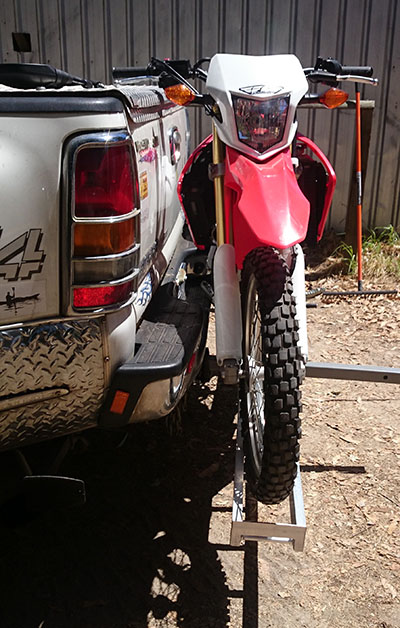 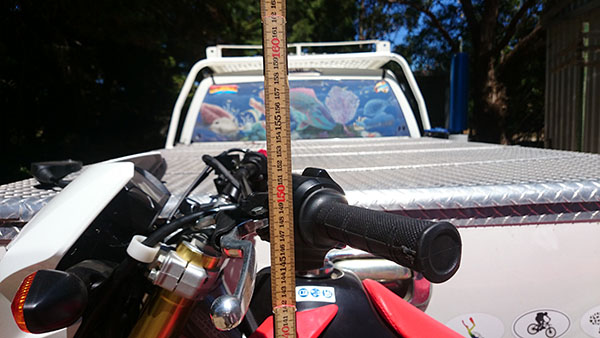 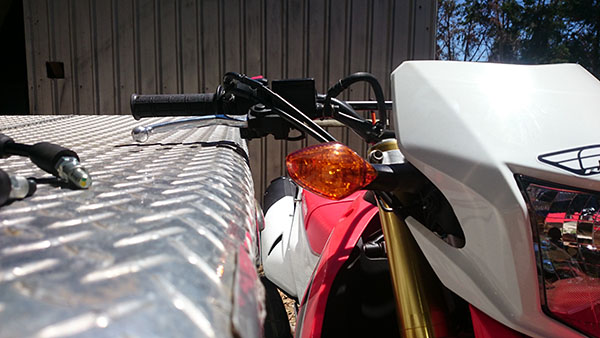 The advantage of mounting the bike this way is that we can take the truck and the bike to some place when we leave the van without any additional effort and the weight is now on the truck and not the van, which is always a good thing.

The challenge though is to unhitch the van without removing the motorbike. This is subject of another chapter where I describe how I solved this requirement, well hopefully the theory works.