Have not posted for a while. Was really busy with several things. Had to finish wedding photos, album and slide shows for a friends wedding which I had taken a while ago. That took me quite a few hours. The next project was a 4 day cleanup of our slide-on camper. It was going to my daughters property as additional guest accommodation for clinics and workshops.

I removed all electric and electronic installations which are not required anymore. Was a fair amount of cables, switches and devices I had in there. Solar charger, battery charger, solar panels, screen mounting arms, satellite system, pull down screen, alarm system, batteries, inverter and much more. I also had 2 Pcs and 3 screens when we travelled but they had been taken out a while back.

Cleaned up the roof, made a new cover for one of the hatches. The cheap US stuff brakes after a few years in our sun. The front was leaking a little. The edge trim is just not holding up long term. They are only good for a few years before the fill in tape shrinks and the sealant under the trim gets hard and brakes when not using a quality product, which most US builders don’t. Their products are not really made to last.

I had replaced the control system of the legs already years ago when the original one burned up. I also had modified the leg control to allow 2 or all 4 legs moving together. The original only allowed one at a time. Was all still working well. Had to make a new trailer adaptor though because I had removed the original plug from my truck, which I always used when we loaded the camper.

The pictures speak for themselves. The camper is now serving a purpose again since we did not use for some time. 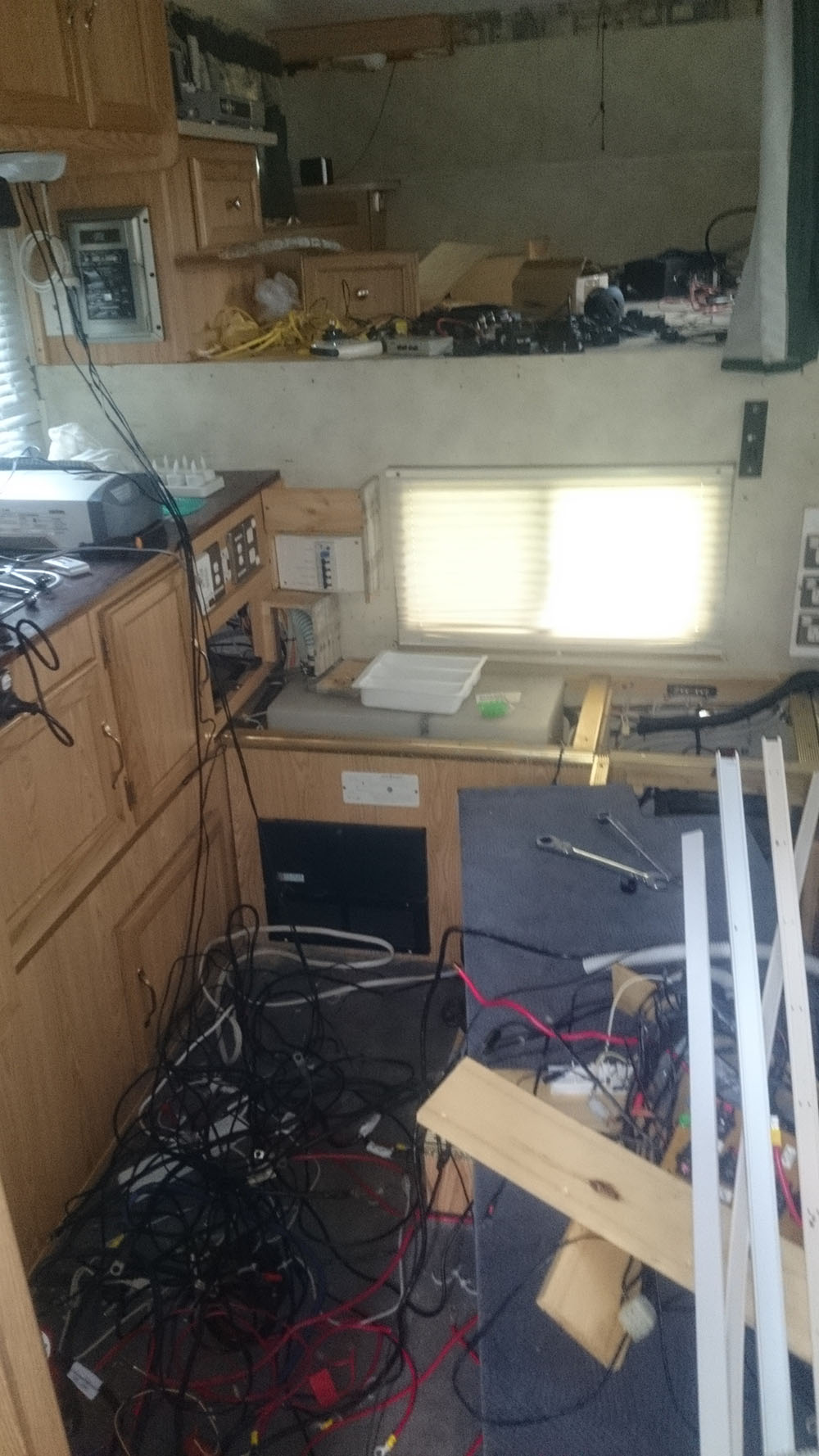 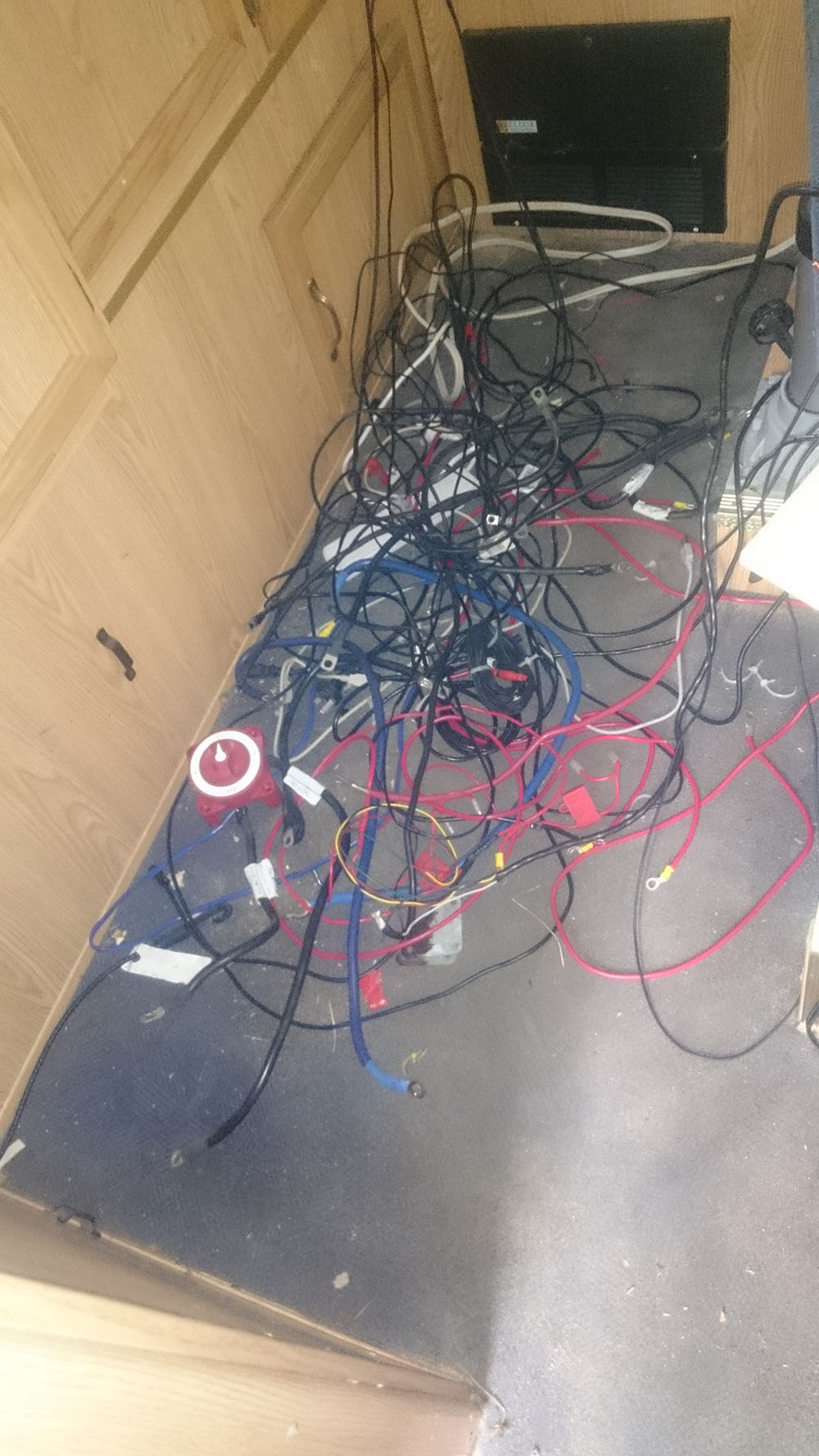 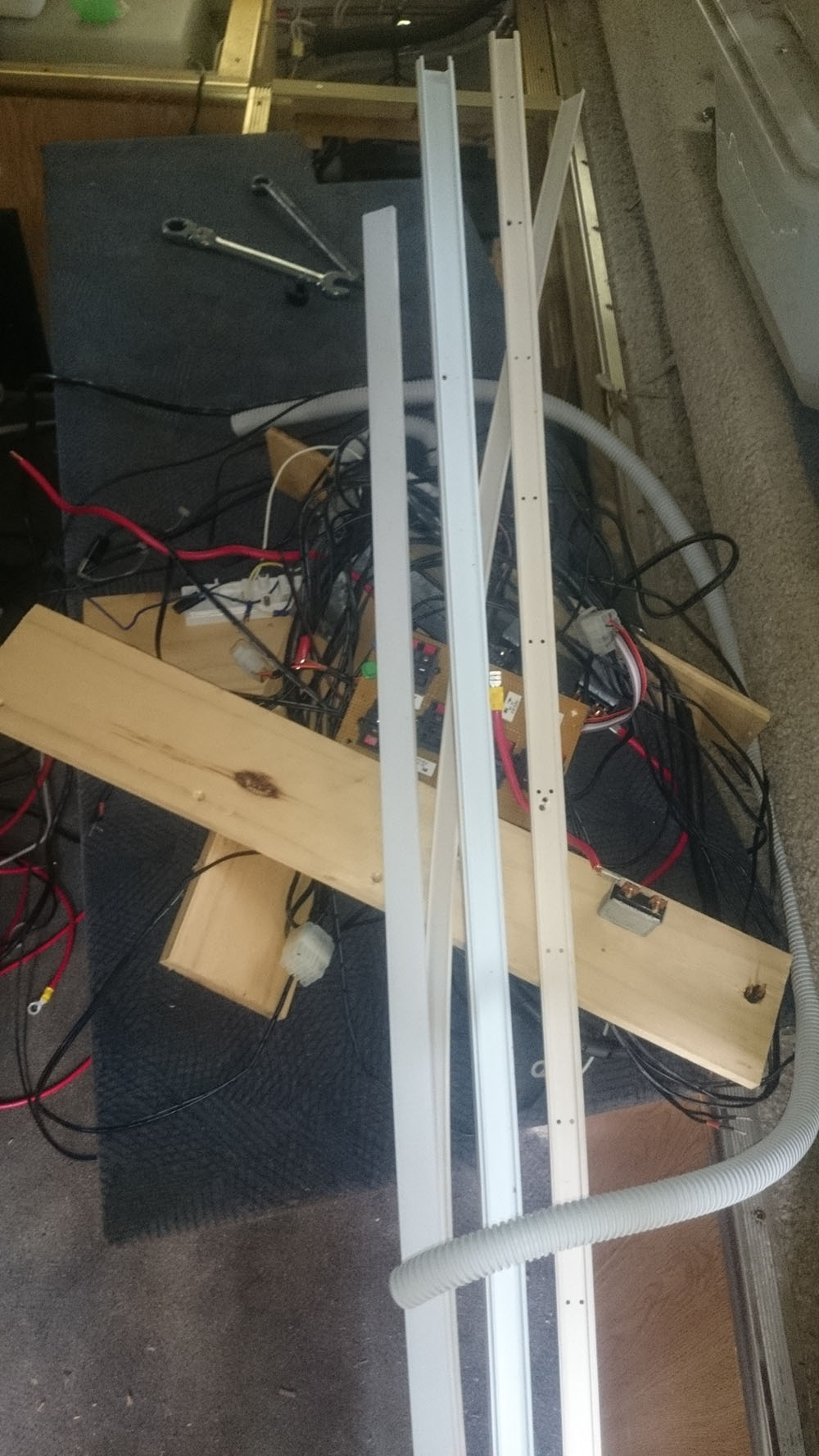 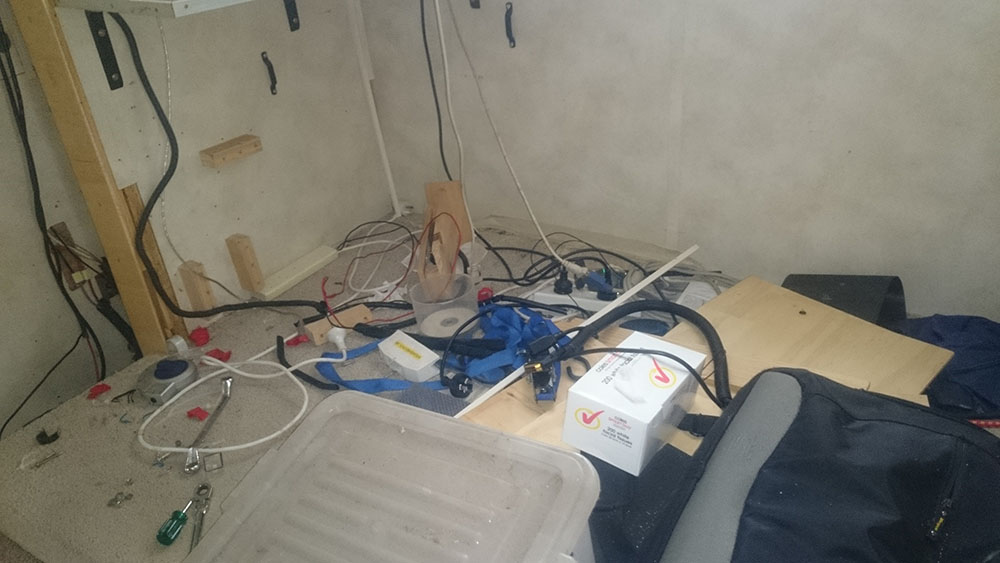 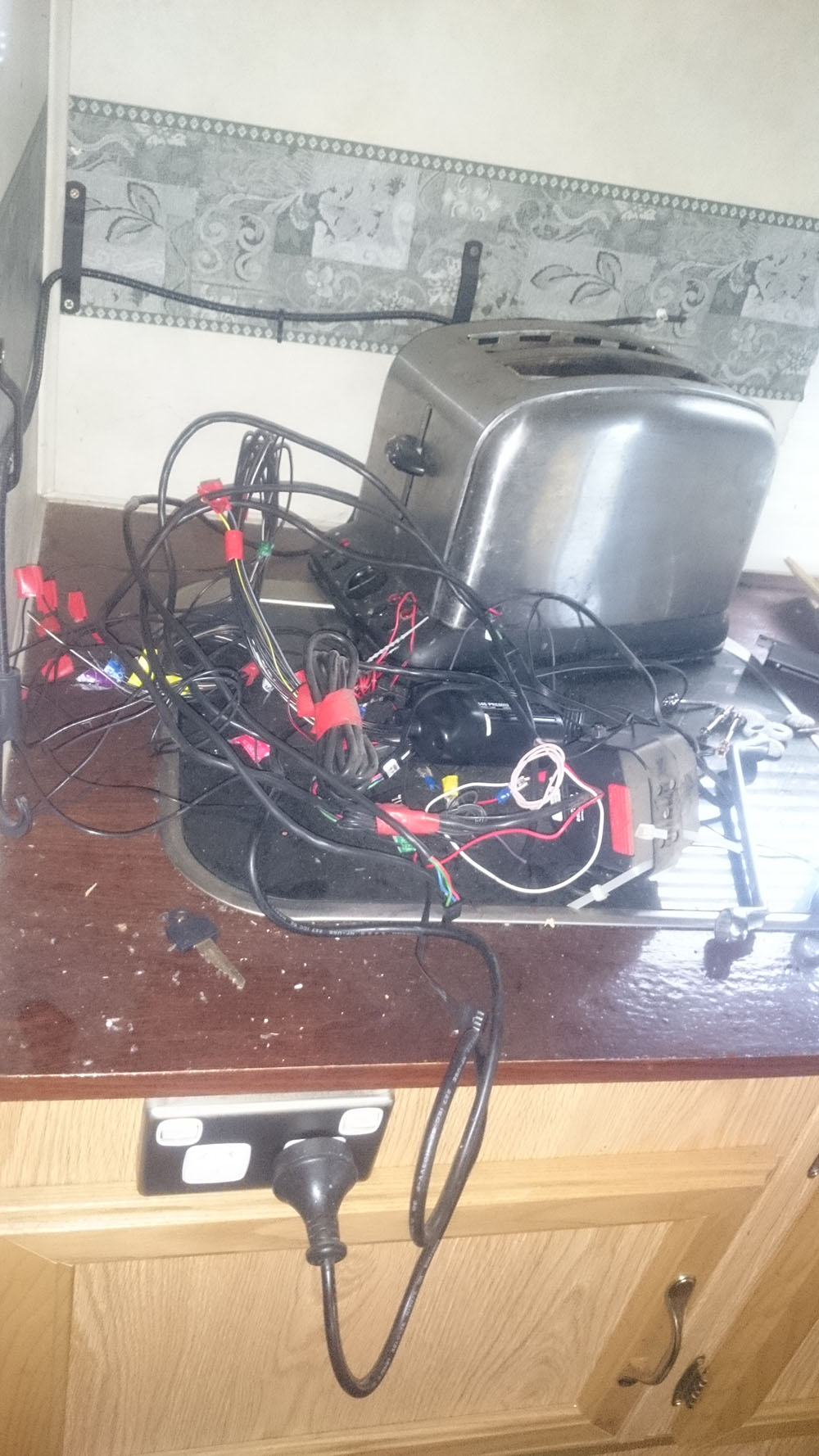 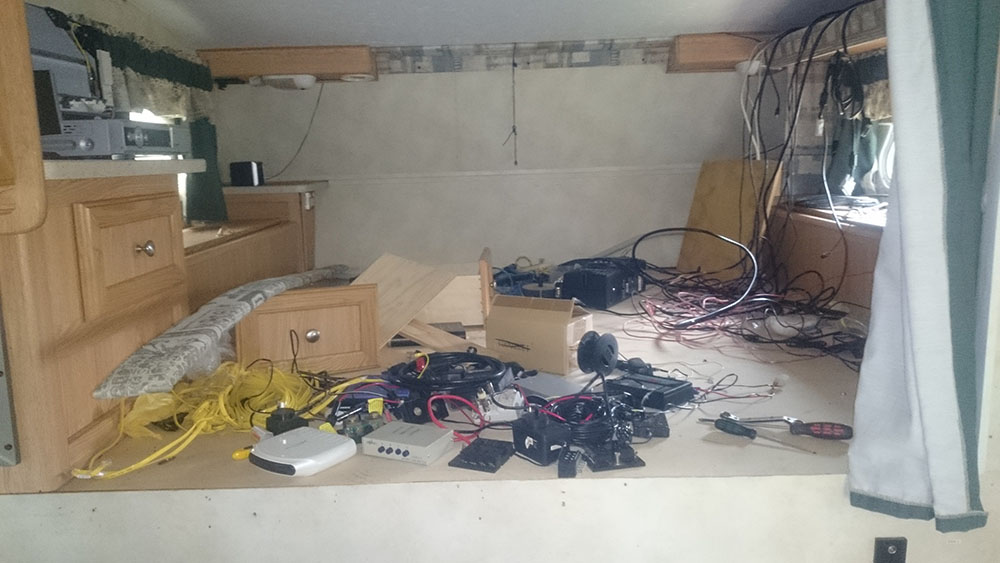 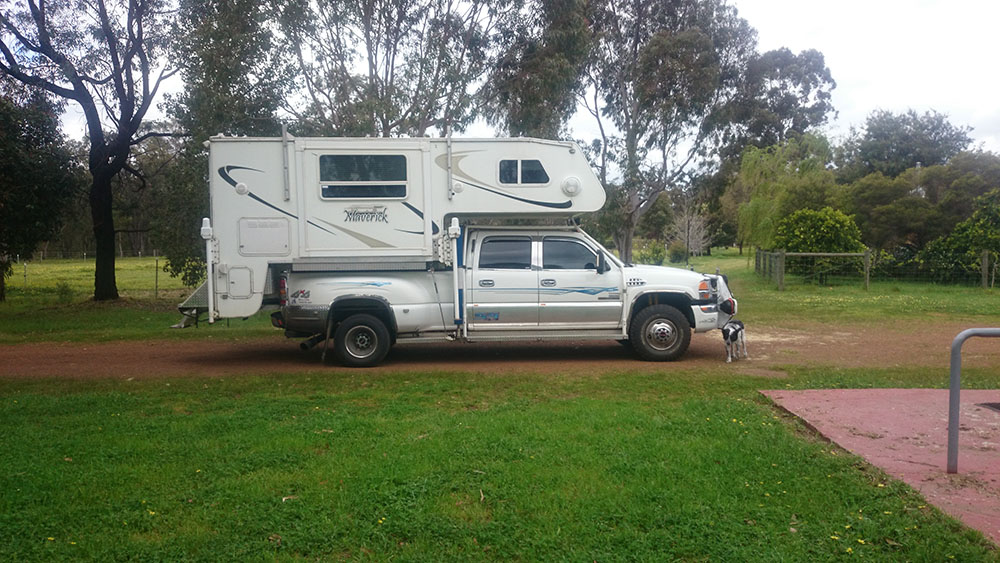 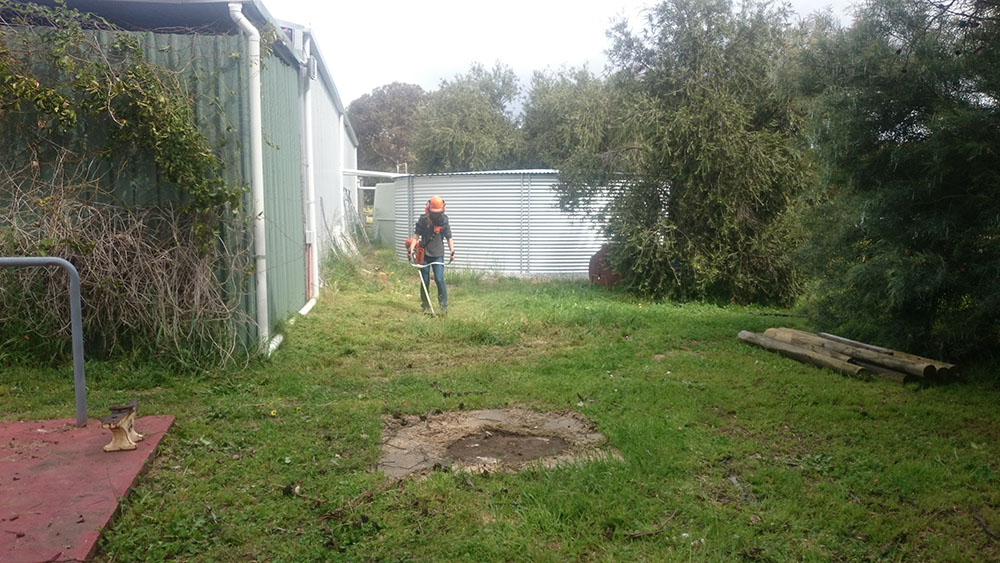 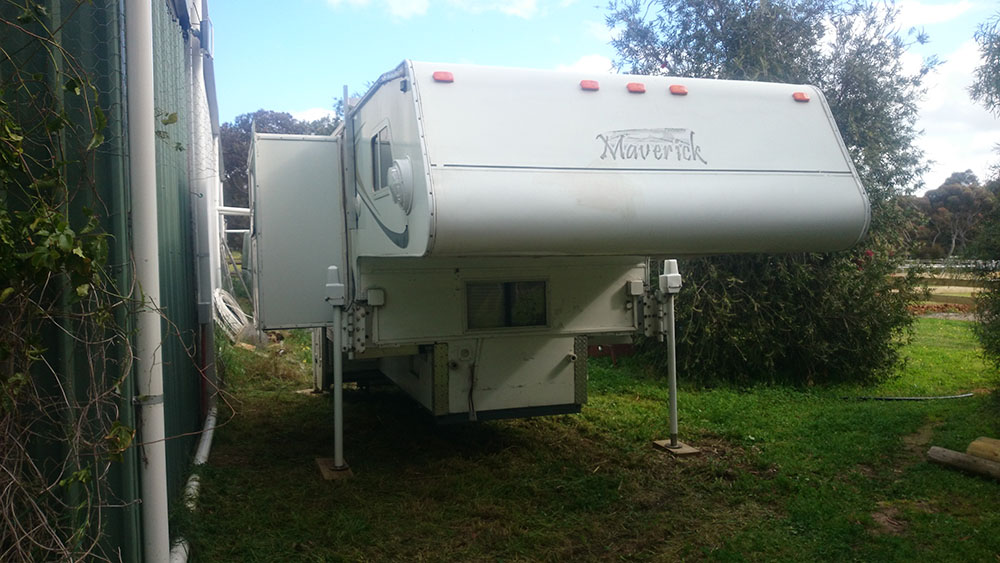 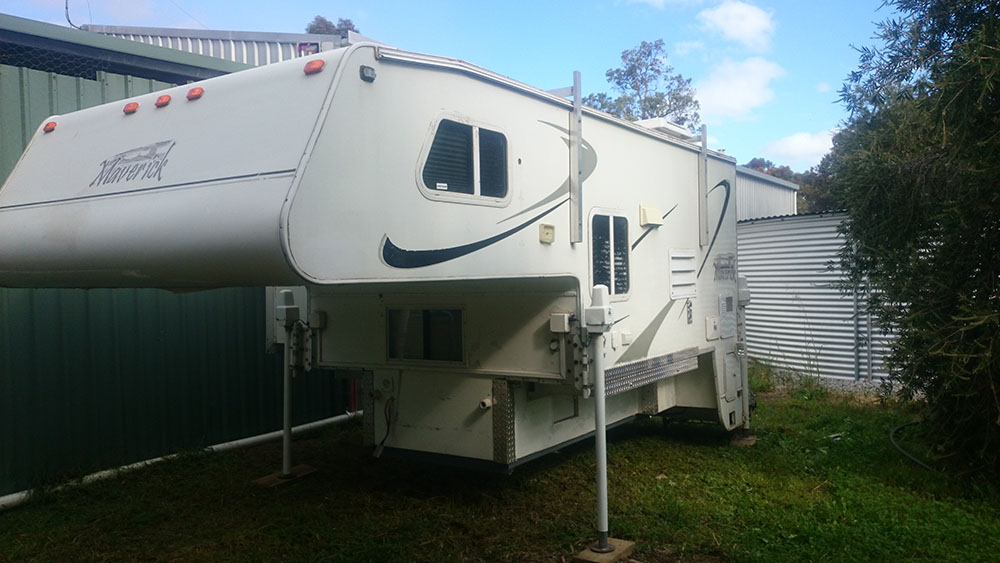 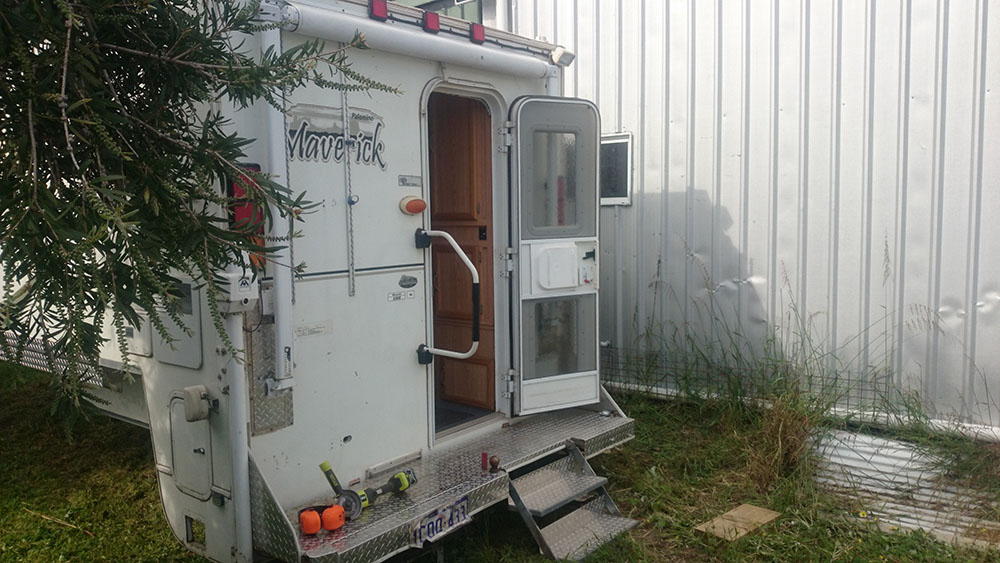 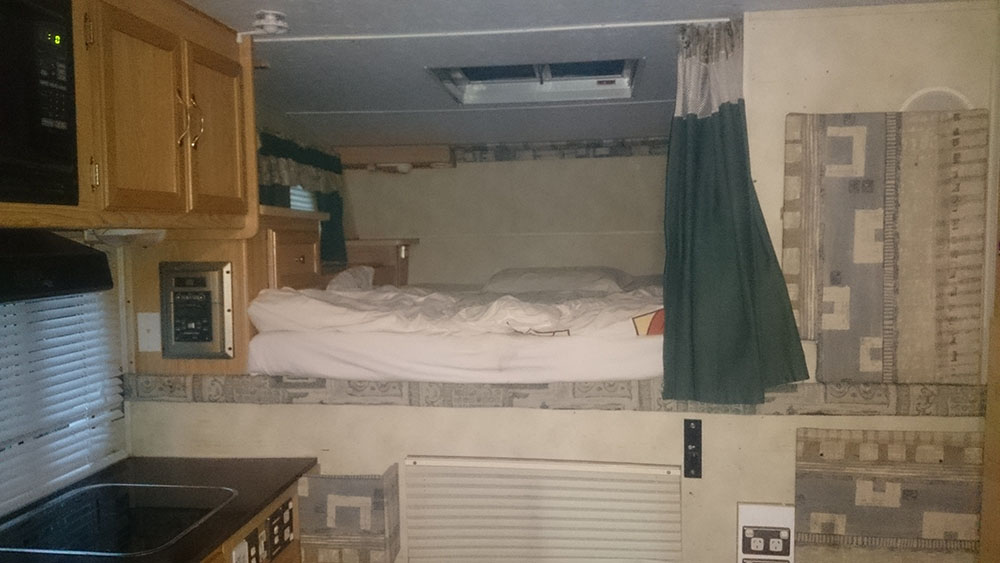 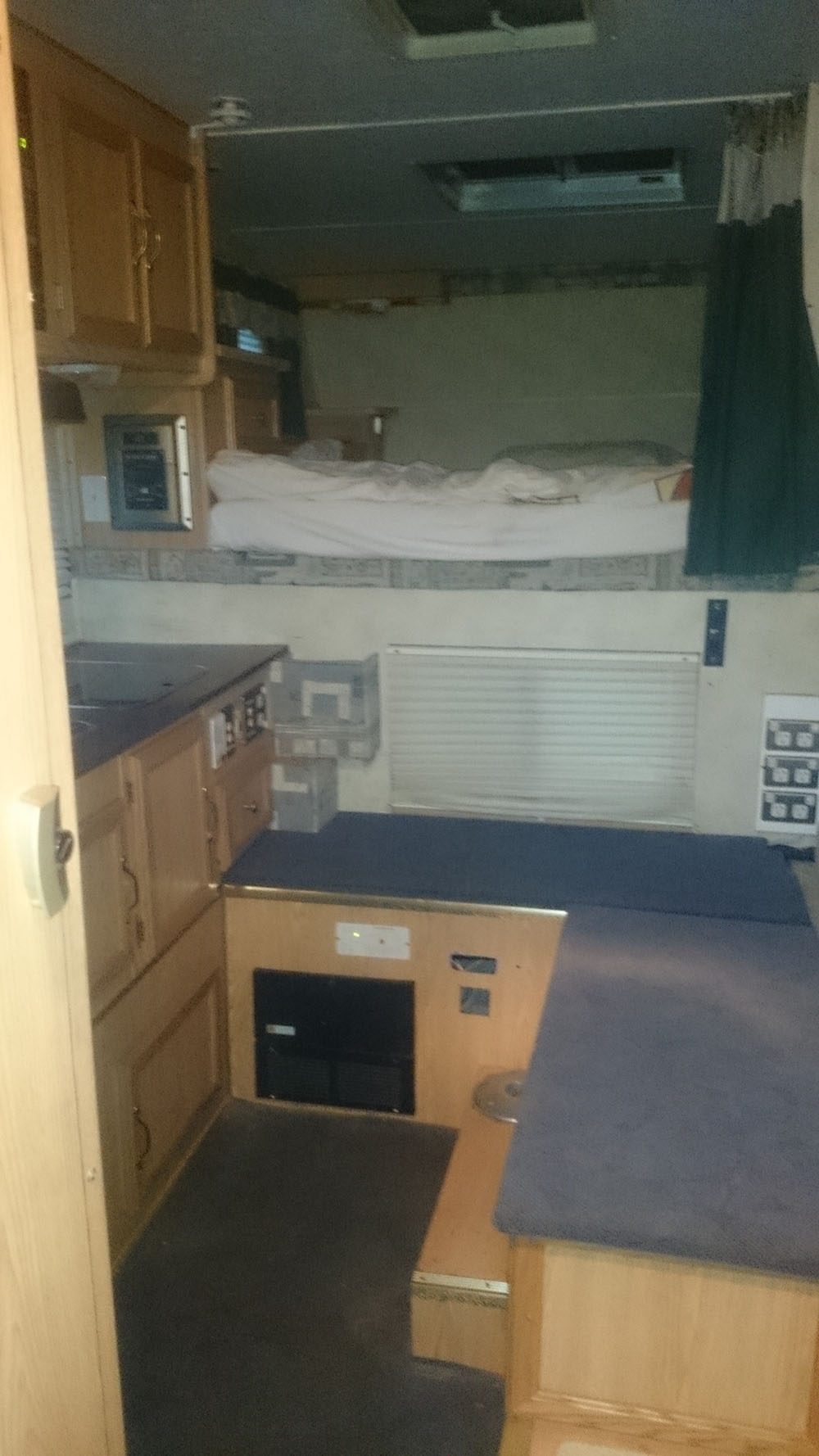 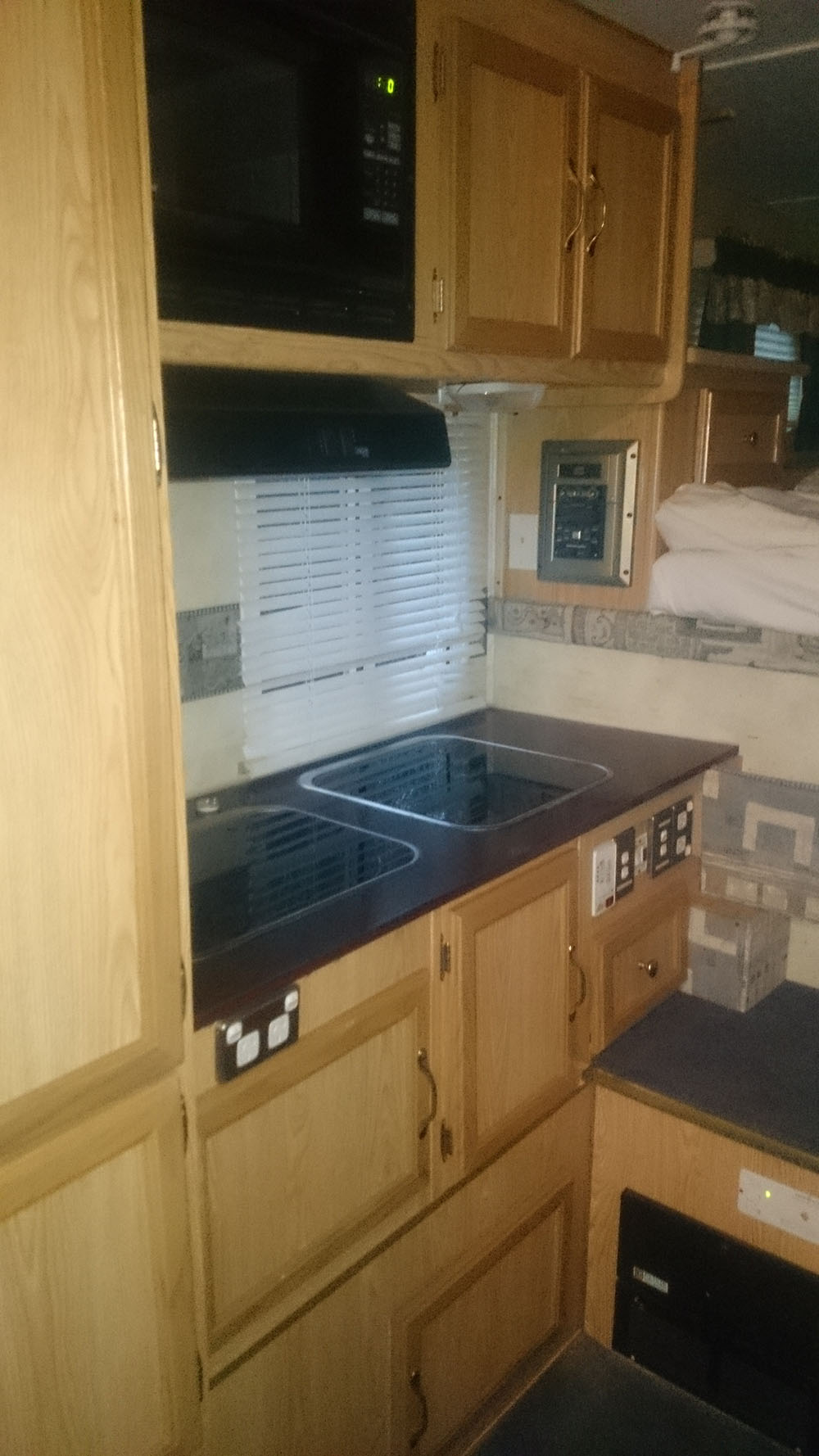 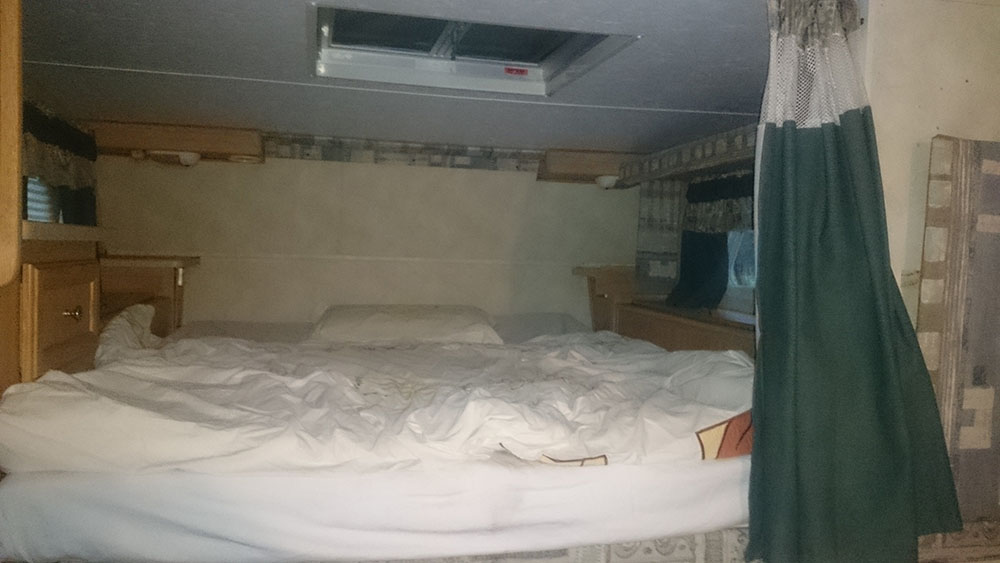 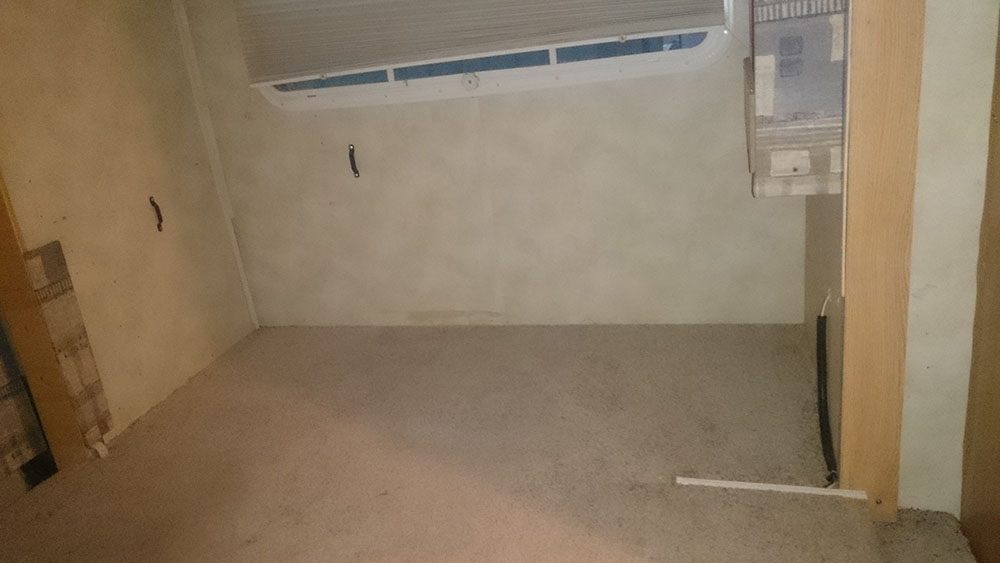