This is a catch-up post, not a very recent activity. It was a while back that I deep discharged my starter batteries again. Had not started the truck for a while and the lead batteries were flat again .. That was the signal for me to finally get the swap done to Lithium batteries. I am tired of lead batteries failing just because they were a bit discharged.

It is tight under the bonnet and my batteries have terminals on the side and not on the top because they would not fit anymore. The Lithiums are 40aH batteries and are slightly lower than my old batteries making it possible to mount them in the original locations, however for the battery on the right in driving direction I had to compromise and could not mount the terminals above the top cover like on the other side because it would be too high. So I had to tape to cover to the box. 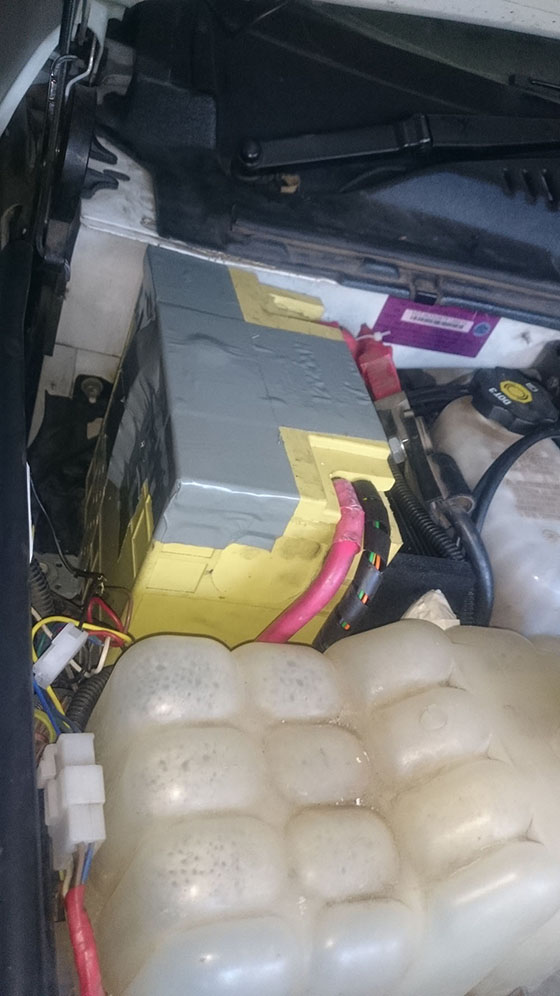 The image below shows the battery on the left with the proper terminals reinstalled and proper covers in place. 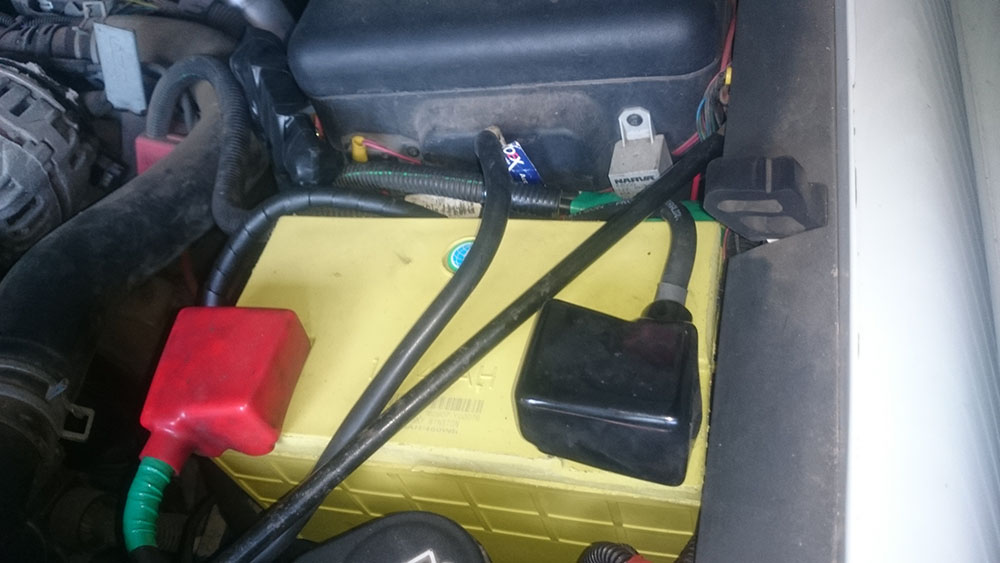 The image below shows the right battery open with the connections to the balancer installed.  Both batteries are connected to an active balancer, which ensures the equalisation of charge between the cells during both charge and discharge situations. This makes the Lithium pretty much plug and play. All these experts telling crazy story how difficult the use of Lithiums is going to be with standard components. They just take advantage of the unsuspecting consumer to scoop off as much money as possible. 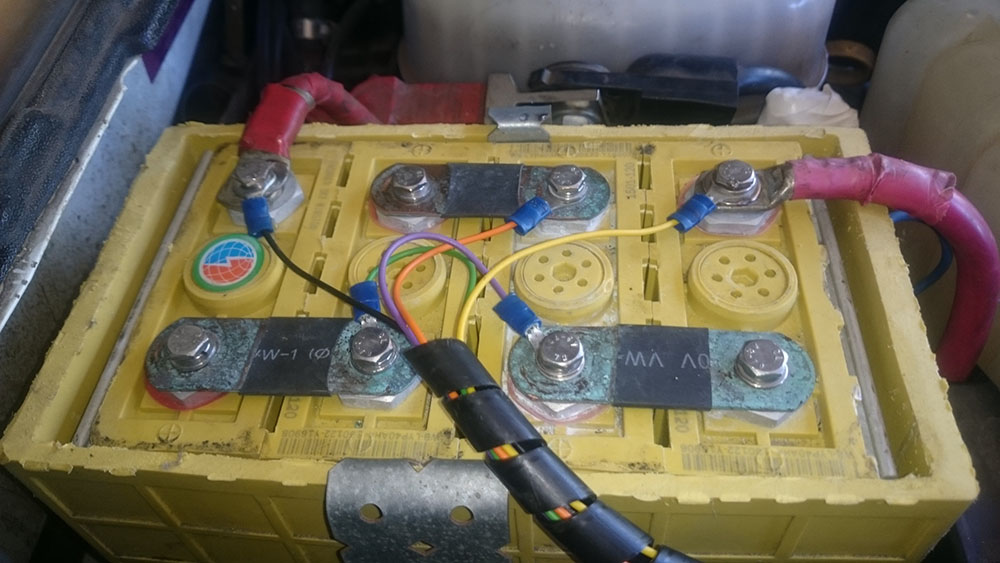 Below shows the balancer in its metal case, which is placed to the side of the battery box. 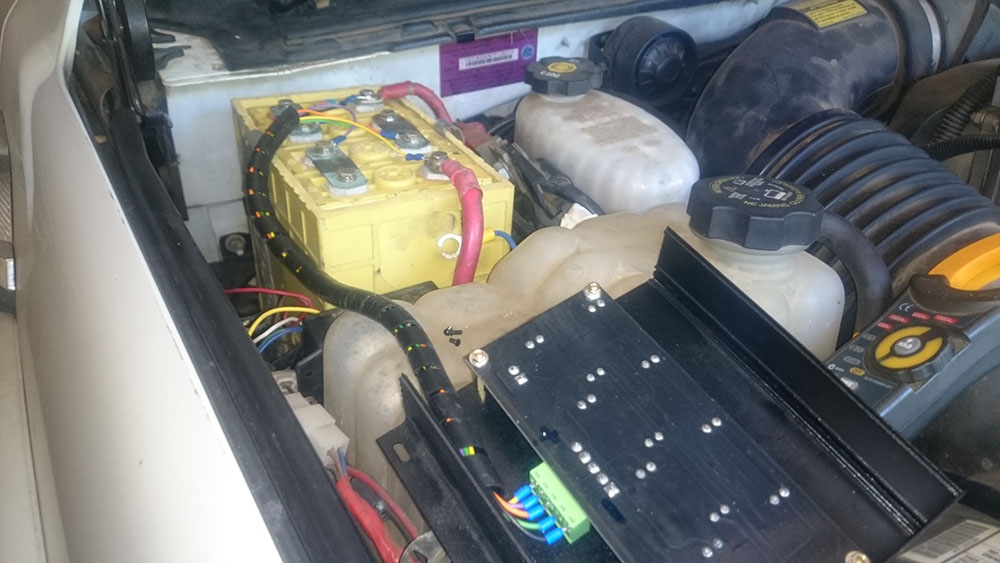 Balancer box installed and all wires connected before the cover is taped on. 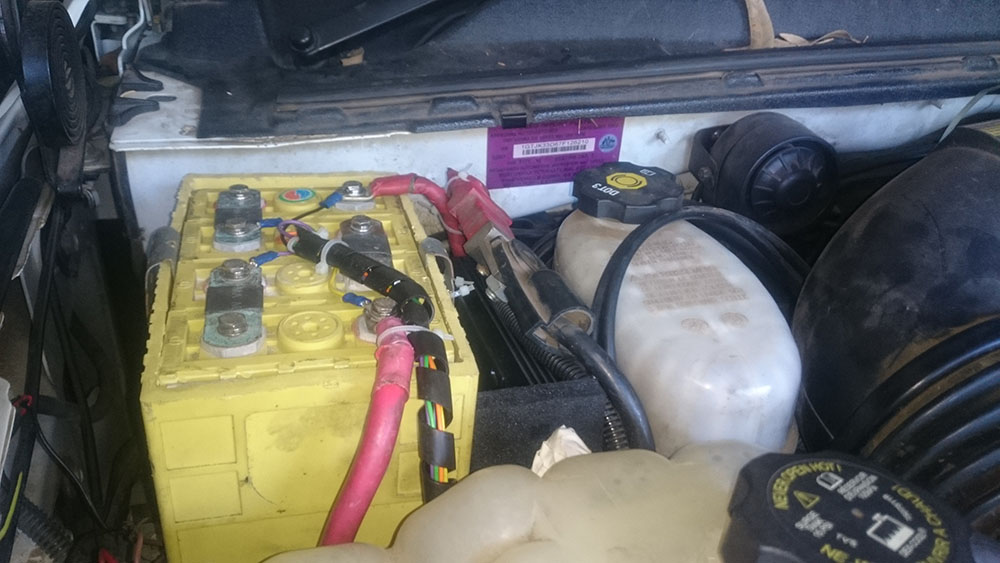