Another step along the way of full automation has been made today. I finished the page for aircondition control with two heads, one in the kitchen/living area and one in the bedroom. The heads can be switched between the two locations and are connected to the same outdoor unit. The right most temperature scales actually control the target temperatur for each headunit by dragging the red bit to the desired temperature. This will be the same concept on the phone remote control.

Each of the headunits run to the desired temperature, if achievable, but the switch over between the two locations is manual.
This can be rather annoying if one wants both locations to be cooled and held at a certain temperature. In this case one presses the Auto button and the system will switch the heads controlled by an algorithm, which takes several factors into account amongst them the minimum runtime after the switch to be effective.

The temperature scales for the target temperature per head unit will change to target tempreature per room. In this mode the CMS controls the temperature and not the thermostat in the head unit. The fast and the swing buttons are also of no effect in the Auto mode since the CSM will control those depending on the distribution of air in the rooms. Up to 4 temperature sensors are used to achieve good air distribution. The algorithm will have to be fine tuned later on, I do not expect this to work perfectly from the start.

Why not a dual head aircon from the start ? Two reasons – Weight and Size. The smallest dual head ist 47Kg and much larger than the small aircon unit we have now. And I want to keep it that way. We have 2.5KW outdoor unit, which is great and good enough for a second indoor unit when switched. I save over 20Kg of weight and also space.

All of the above would remain theory if one cannot tap into the control mechanism of the aircon unit itself. Doing this with direct connections to the electronic of the head unit is virtually impossible. These aircon units also have not control entry other than the IR remote control, and this is where we tap into. Building a gadget taping into the IR remote commands of the control unit, learning and storing them and send these commands to the head units when we need to. Logitech Harmony comes to mind, a learning remote control unit to integrate the TV, the stereo system, the DVR and so on. The technology is not new, but we have to find an inexpensive and easy way to integrtate this into the CMS. 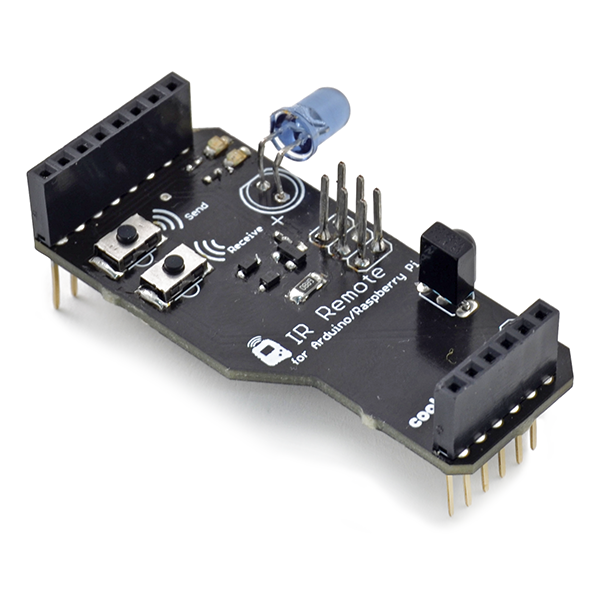 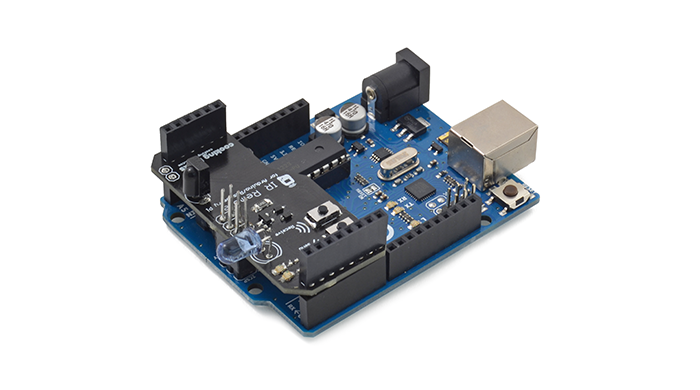 A tiny shield for the Arduino, which can also be used on a Raspberry. It fits straight onto the Uno.

A connection to the PC via USB delivers power, starting up Arduino IDE, copying a bit of code from the website of the supplier and 5 minutes after unpacking it I had it switching the aircon unit in the office. This was very quick and easy. Now I have to put a bit more work into it and store all the commands I need and make them useable from the CMS. This is what the Arduino is for and I will dedicate one Arduino for this and will have two of them controlling the unit in the kitchen area and one in the bedroom area. Both units will also learn a bit more and not only the aircon commands.

I can now order two more since the first one is working successfully.

Below is the link to the supplier page.