I thought I post some information about Lithium batteries. Since the most frequented forum about caravans gets moderated to death I have seen an increase in emails I receive about Lithium batteries. Half information, scare mongering and totally inflated prices have confused a lot of people in the market. Caravan manufacturers go even that far to refuse warranty when somebody wants to install their own battery system.

I have built my own BMS (Battery MANAGEMENT System) as opposed to a Battery MONITORING System. The difference is that it actually balances the cells actively if something goes wrong or switches of a load or a charge if required. The balancing is done by supplementing the charge of a low cell, where other balancing systems just burn off additional charge through a resistor, which I consider a waste of energy.

Does one need a BMS of either type for Lithiums ? NO. Why do I have it ? Because I can. People make a big fuss out of the “science of Lithium”.

What is to know:

I often get asked if it is worth while to switch to Lithium. The answer is: I don’t know, but I could not do what I do without Lithium. I could not be bothered to use AGM’s anymore, under no circumstance. The starter batteries in my truck will go soon, I only have to make sure I don’t overcharge the Lithiums, like the Sterling DC-DC charger did with my trailer battery. My truck does not have a low voltage alternator. I will have to install another regulator in the alternators to make sure I stay at around 13.8V which is what many modern utes do.

Everyone who has to ask if it is worth while switching to Lithium has not understood the benefits otherwise he/she would not ask. And I am not here to convince anyone of anything.

Here is another article about Lithiums, probably the source of most info circulating the web and especially spread by some of the Australian forum posters.

Ok now a bit more about the BMS. I have now tested it with an actual battery. I have replaced one cell in the defective trailer battery. One cell blew up because of overcharge by a Sterling Dc-Dc charger, a dreadfully noisy piece of equipment (garbage was what I had in mind).

I calibrated the analogue inputs to the actual cell voltages and that is the most important part. Getting the voltage readings right is essential. I have to change the displays a little, the green area for the ok voltage per cell is a bit high up. Nevertheless the display works fine. Internally I use three decimals for the voltage but I only display 2 decimals. I can read 3 decimals from the BMS over the Can bus to the central system. Many of the functions I have implemented are really not required for a basic installation and I have mainly done it because I can and wanted to try it out how one could optimise a component like this. 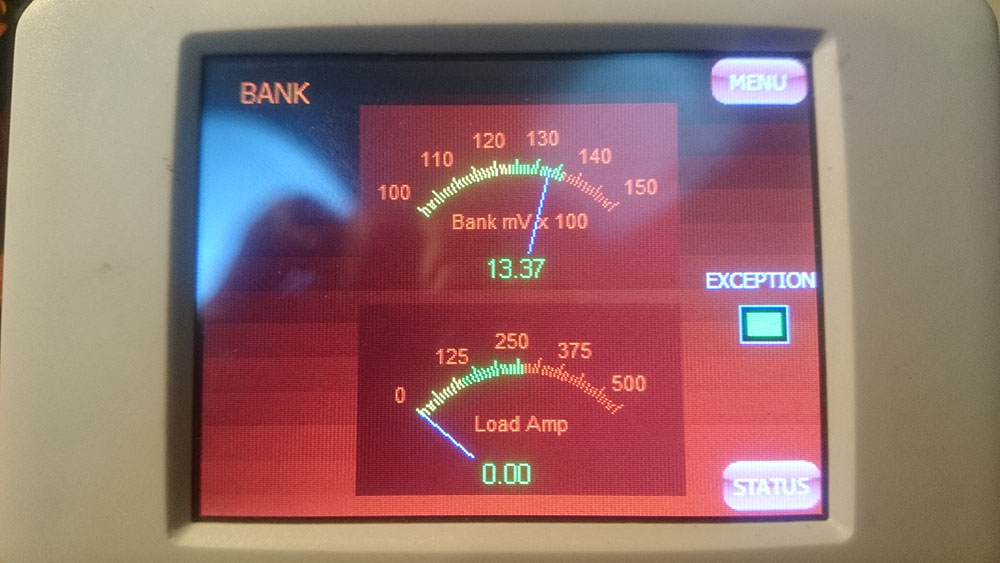 Above one can see the BANK page showing the actual bank voltage and load current if present. I have not connected a shunt yet. I may not be using this because I use the BMV 702s for all batteries. I will add another shunt just for fun.

Below is the repaired 40Ah battery. I will take it apart again and will use 40Ah pairs in series to make a 80Ah battery. For the tests this will do. Four sensor cables are connected to the cell’s positive pole and the battery minus is the reference.

I use 16 bit analogue conversion through oversampling the 10bit AD converter. This gives sufficient precision.  Here is a link to a document describing the theory behind it. 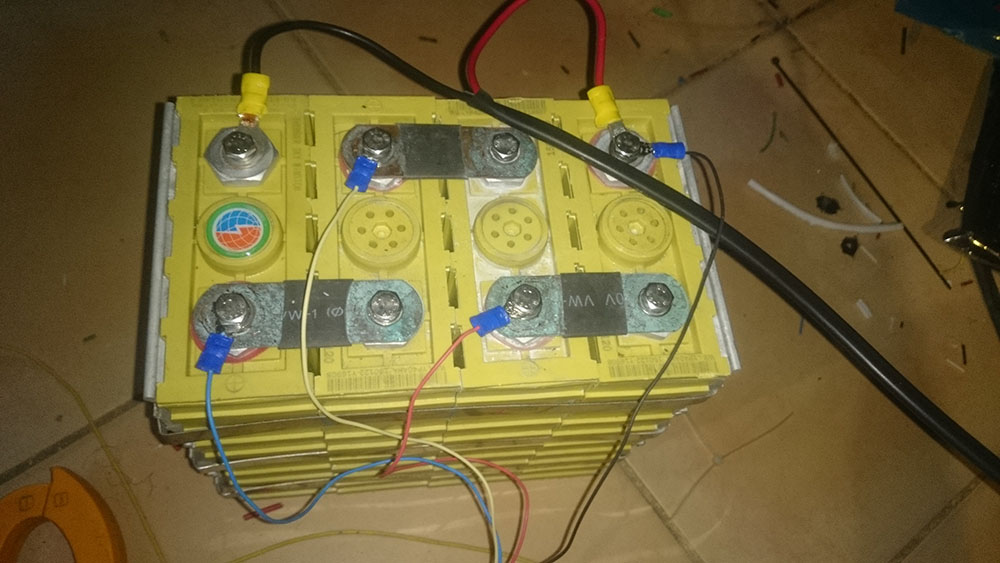 Below is the BMS mounted in the bottom of the enclosure. The right side is not really necessary for a simple installations. These are the power supplies for each cell for balancing with current sensors and 4 relays below. Only the left is really required and not even that completely. I use a fancy display which is not really necessary either.

A simple Arduino, 4 resistors (trim potis are handy), 2 latching relays for load and charge disconnect and maybe a simple line display like I use for some of my other components. This is all what is needed to make a monitoring system. Less than $30 in parts and only a few lines of code really. I also use digital temperature sensors for battery and internal temperature, but this is also a bit of luxury and I use it because it is simply standard in my software and only requires one resistor and a couple of wires to do. 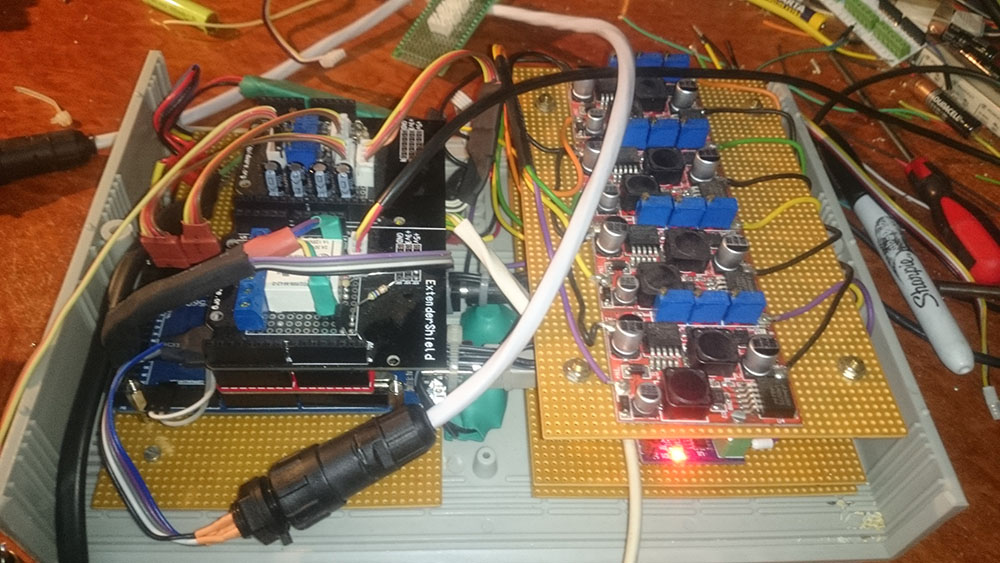