Done various things again, further planning of the electrical wiring and placement of the  main board and sub boards, routing of the drains for the kitchen sink and the dish washer, moving the speakers from the slide-on to the new van and mainly building the kitchen. 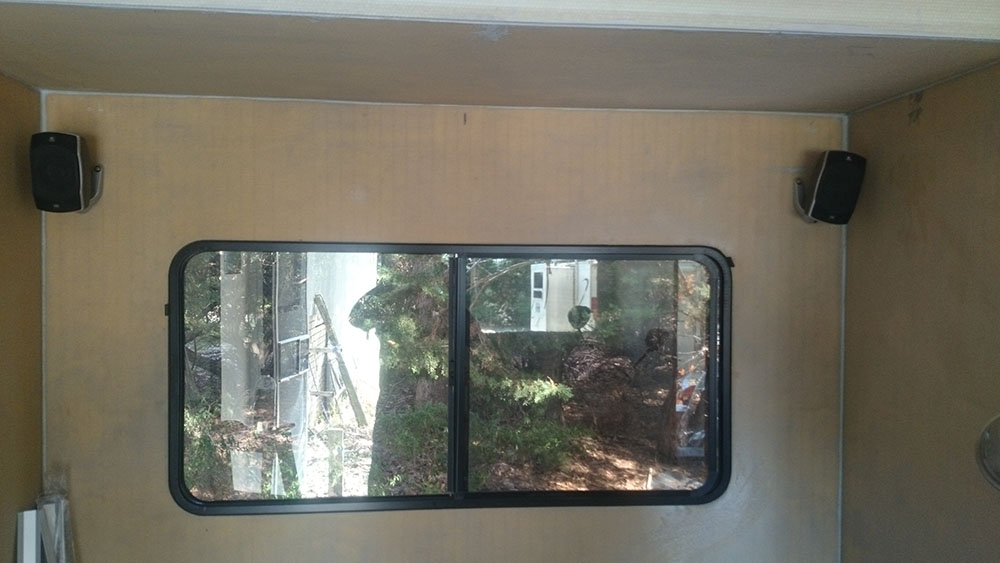 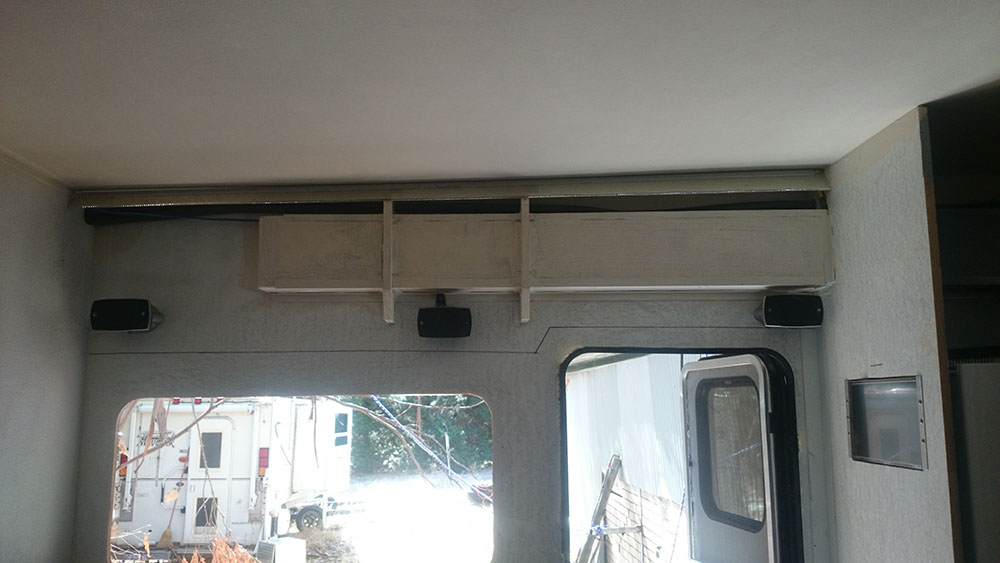 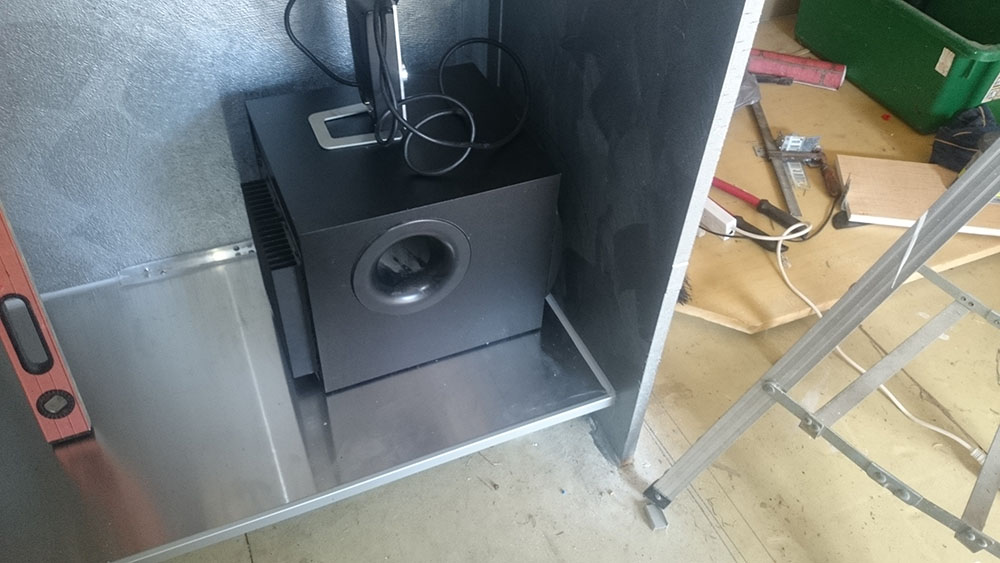 The audio system is from our slide-on. Since we dismantle the slide-on more or less I decided to use the same system. It is still pretty good even after 8 years, a 5.1 digital system with SPDIF input and a decent sub. It is a Logitech, one of the older ones when they still built good sub woofers. The rear speakers are in the slide-out behind the recliners and the front speakers are behind the recess cover out of sight. The sub woofer is also not visible and lives in a kitchen cupboard under the sink with openings to two sides for better sound expansion. 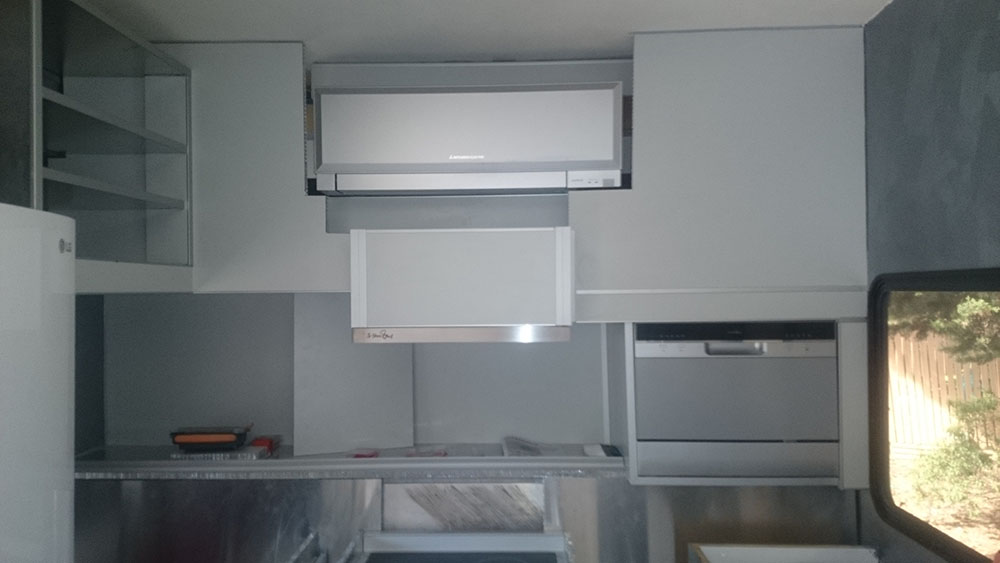 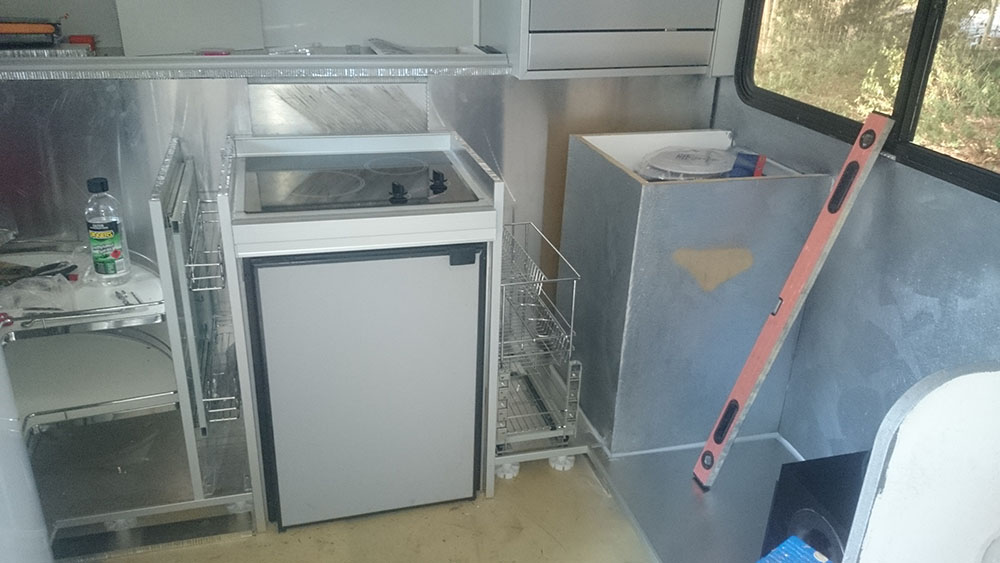 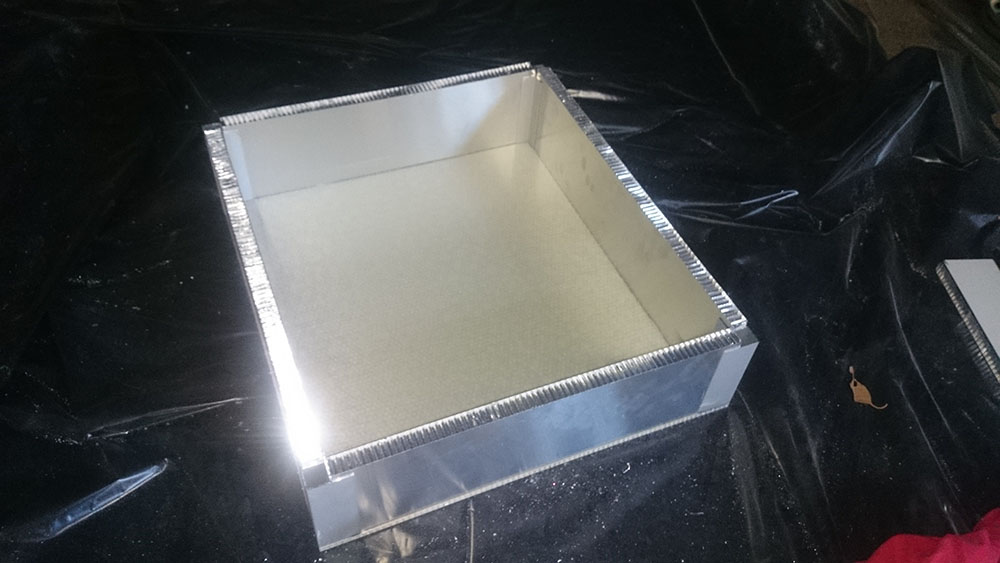 The kitchen is coming along nicely. We have decided to get rid of most of the planned high cabinets  because we simply do not need that much space, we still have plenty of cupboard space for everything. The roller door for the appliances cabinet is ordered (custom made to measure) and the bench top panel is also ordered and should be finished next week. I also use the aly honeycomb again with an 0.3 alu backing and a laminate. In the centre of the kitchen pictures one can see the 12V Vitrifrigo with external compressor, also out of our slide-on and used as an add on fridge when we need to bunker more fruit and vegetables for longer stays.

Left and right of the fridge are pantry slides. They are not really smooth to pull and also require a lock. I have decided to mount linear actuators and will extend and retract them electrically. Easier to open and automatically locked. On the far left is the corner carousel which we also use as a pass through shelf for the out side access. The second level is used for plates and other dishes, with separations, so we can use those from either inside or outside with direct access.

On the far right is the sink cabinet and I am currently working on the drawers, The pick shows a drawer in progress. I have finished that one and also mounted it already. Have done a few more drawers and tomorrow I will fit the extendible towel rack and a couple more drawers including the shallow one for the cutlery and other utensils. I also have sourced the drain connections between the sink and my Hepo valve and the pipe to connect to the grey water tank. The walls around the aircon unit are not yet closed up either. It takes a lot of time to do that fiddly stuff a cut all the trim from the various alu extrusions, but it comes along nicely and it looks really the way we wanted it, very modern and clean design in techno silver and grey shades. Just the opposite of the Canadian block hut look of the US fifth wheelers.

Once all the cupboards and drawers are in I will take the final measurements for the doors a drawer faces as well as the bench top components and will create the CAD files for my supplier to use to cut the pieces on the CNC router. This is far more accurate than I could do it on my circular saw table, although I did all right so far with the big panels.