After two days of work on my commercial project and rain yesterday, the weather was better today and I done some work on the trailer again.

I did do some more programming for the BMS, which is now almost done. Need a couple of parts and need to put it in a box.

Outside I started the work on the last chapter of the chassis build, the under floor frame for the storage boxes and the underbelly cover.

I also have finished all cutting for the outriggers and side rail for the neck section. The pieces are waiting to be welded. 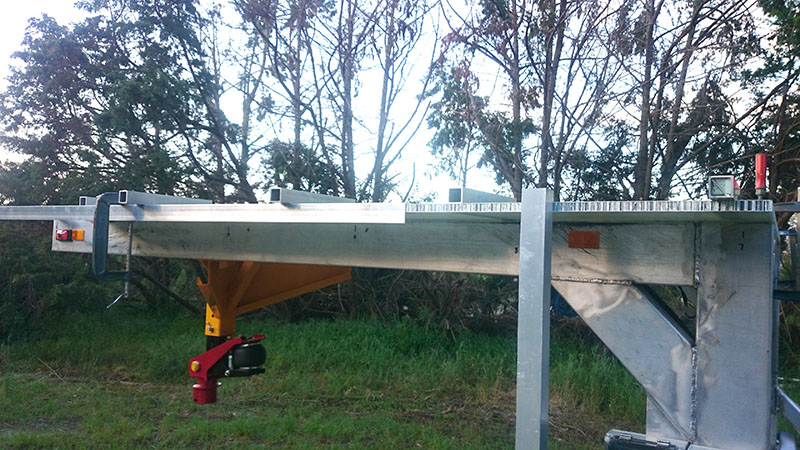 I tried a few different approaches to get the under floor frame started. I measured the pieces, cut them with the band saw and then tried to get some sort of system going to put it together. Clamping on the work bench did not really work. It would not have been accurate enough to put the welded section onto the chassis as a whole unit. I gave that up after a few attempts clamping it together for tacking.

Next step was to try and clamp parts onto the chassis and tack it all up, but that also proofed to be rather difficult to get everything really nice and square. After cutting a couple of tacks again I decided to do something else.

I used pop rivets to put the frame together on the chassis. I made some temporary angles where I had only butt joins to attach a piece. The rivets gave me the freedom to still move some pieces and get the angles right. At the end everything was pretty solid and square. 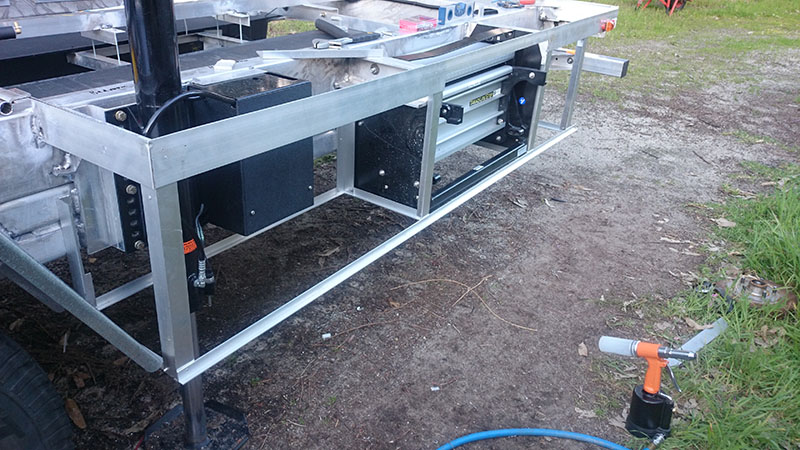 The lower rails are t-sections. One side will carry the outer panel and the other side the floor of the baggage compartment. It took ages until I had a system and then it is still quite some effort to get all parts fitting together as good as possible. I will continue this work for the next days and once I have all together, I will TIG weld the 3mm joins and MIG where the frame is attached to the main chassis rail or the thicker outriggers.

Once this step is finished I can take the final measurements and compare with the plans.