Worked a few hours on the tank brackets and fixings. I removed another floor panel at the rear for easier access. For now I can still work from the top which makes it a bit easier.

I do the center tanks next and the mounting frame will be done in a way that
I can also fix the underbelly cover and sides for the center tanks to it.  The center tanks are between the wheel and I cannot do a full cover across the full width of the chassis, I have to box in the center tank section and leave the trailing arms out.

Further front and to the rear the underbelly cover stretches from left to right outer wall.

The forward tanks are shown in the top image. 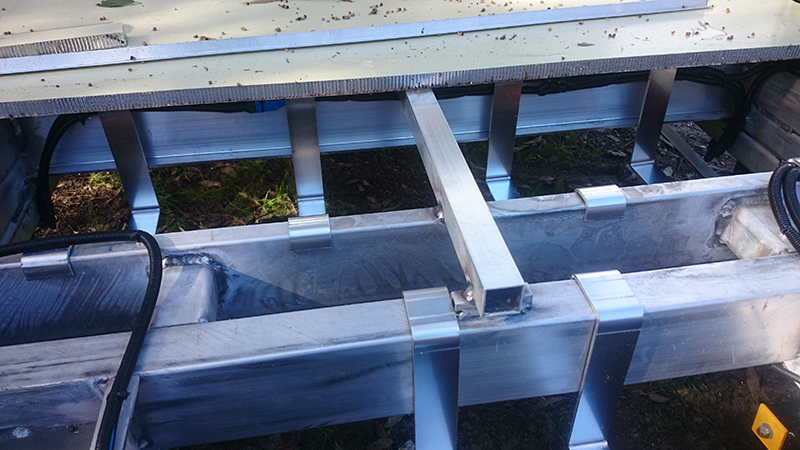 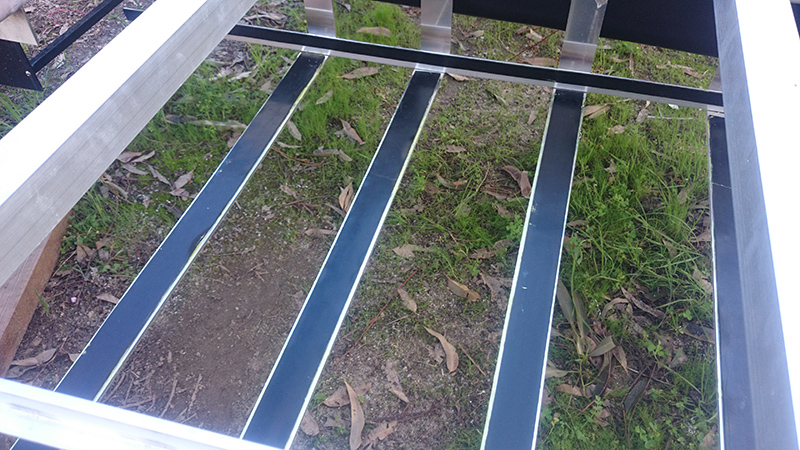 I also have done the tie downs for the tanks. These are alu T sections with rubber on the top of the T upside down on the top of the tank and pulled down through threaded rod on both sides. It is removable from underneath and prevents the tanks from jumping up.

The next days should be good weather again so I should get that finished before the inspection even. I plan to fit my air engine with compressor and tank soon and also the distance levers for the air levelling  controller. They mount on the chassis and measure suspension travel and height.

I have decided on the pipes to use and will put these in together with the pumps. The main house pump sits above the floor, but the 2 macerator pumps and the pressure pump for the drinking water sits under the floor, however I might rethink that, looking how much space I got in front of the rear center tank. This would avoid suction for the house water pump, although it is self priming, but sitting underneath would save some space.
I will look at that tomorrow.