Yesterday I went shopping for some air fittings.
Not all in stock where I usually go. The place is looking run down. I may have to change suppliers I guess. Damn traffic in the afternoon, one looses so much time going to shops.
I much prefer online shopping but sometimes delivery from China is a bit long when you need to get things working. So far I have been pretty good in ordering things in time. Only a few items I was running short, not really a problem.

Yesterday I also extended my levelling leg control unit and tested the CAN bus, but had a problem. Needed to make some major changes, did not have enough IO pins on the Arduino itself and needed to move the keypad pins to  the IO expansion shield. Some software rework, but now everything is working. Need to put it back into the box.
This will happen tonight till late.

During the day I installed the next components for the air system. All takes more time now since I do not have everything in the CAD system and still need to work out where to place some components. There are constraints with cable length and space and I had to do a few things more than once until I finally decided where most of the stuff goes. Still have a couple of pumps to mount and the ball valves but at least the locations are defined now.

Above is the control unit for the air system. The IP66 box is temporary as long as the body is not on, to protect the electronics from water and corrosion. This is a bit extra effort I need to put in for the trip to QLD.

I mounted the heigh sensors for suspension height and travel. They are use to regulate the ride height settings, 3 ride heights and an extra low and high. 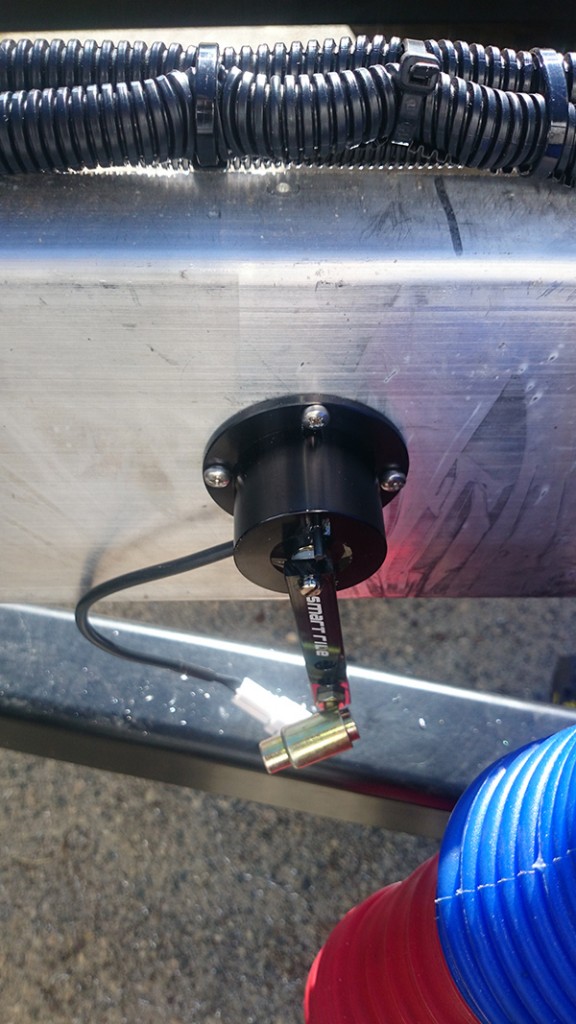 One side of the sensor rods is fixed on the sensor arm and the other end is fixed at the trailing arm. I mounted them on the shock hanger and the rod runs parallel to the shocks. I can measure shock travel with it also. Will eventually connect this  to my central system. Not a priority though 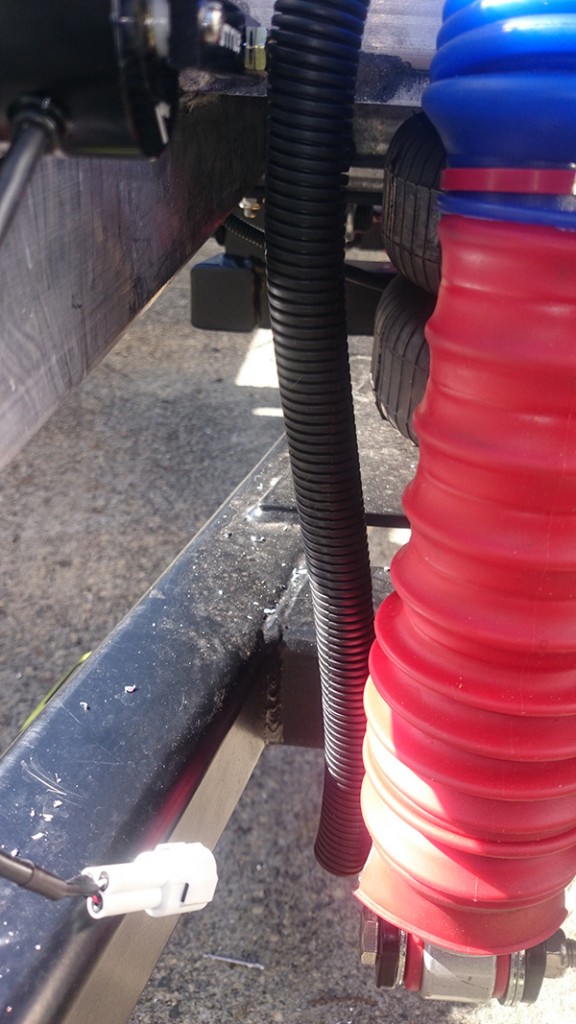 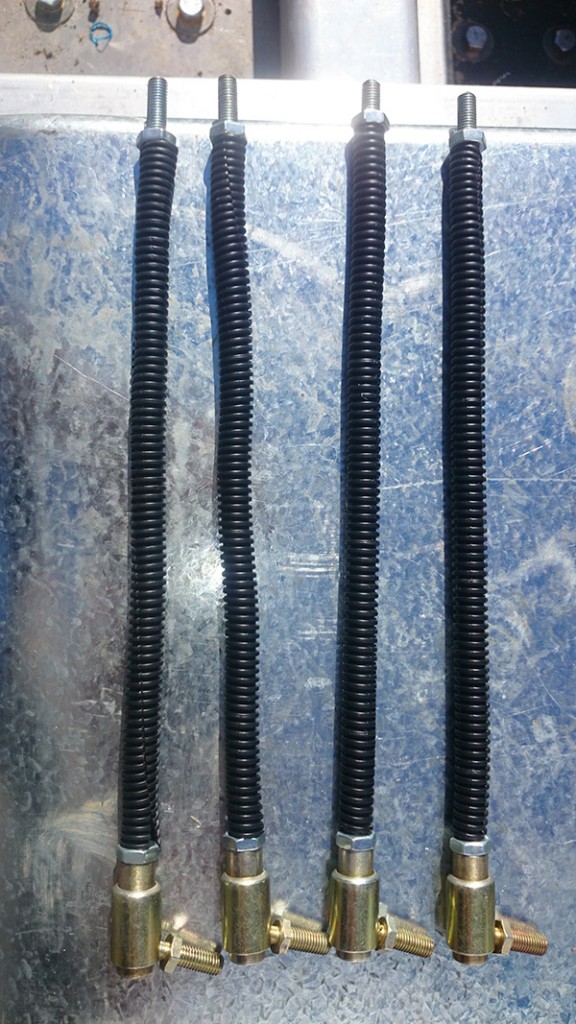 I did check all the cables and mounted a box for the air control box twice, but was not happy. Need to get another box tomorrow. The one I had left was too big. I have to put a lot of extra cable length into that box, because right now I do not plan to cut the cables to size. They are pretty long and not needed that long, but they have plugs on both sides which are hard to replace. So for now I just hide them in a junction box.

I also put all tanks back, including the diesel tanks. Gets pretty tight now under the floor. Only the front raw water tank is not in yet. This one can be moved between the truck and the van. 53 Gallon of raw water as input to the desalinator. 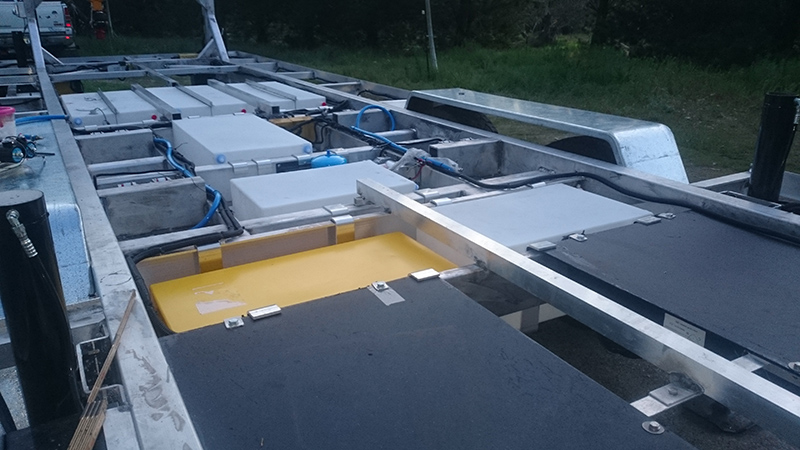