We will have a larger TV in the van on a lift in a box behind the dinner table. At the moment we will probably use one of our 40″ LEDs I have from a project. It has a glass front and a touch frame so I can use it as a touch screen for a pc as well not just as a TV. However we plan to put a larger one in there eventually and I have adjusted the height for the lift accordingly to fit a 55″ SUHD from Samsung. It will not be heavier than the 40″ with the touch frame. I glued the alu angle to the wall and secured them with screws. 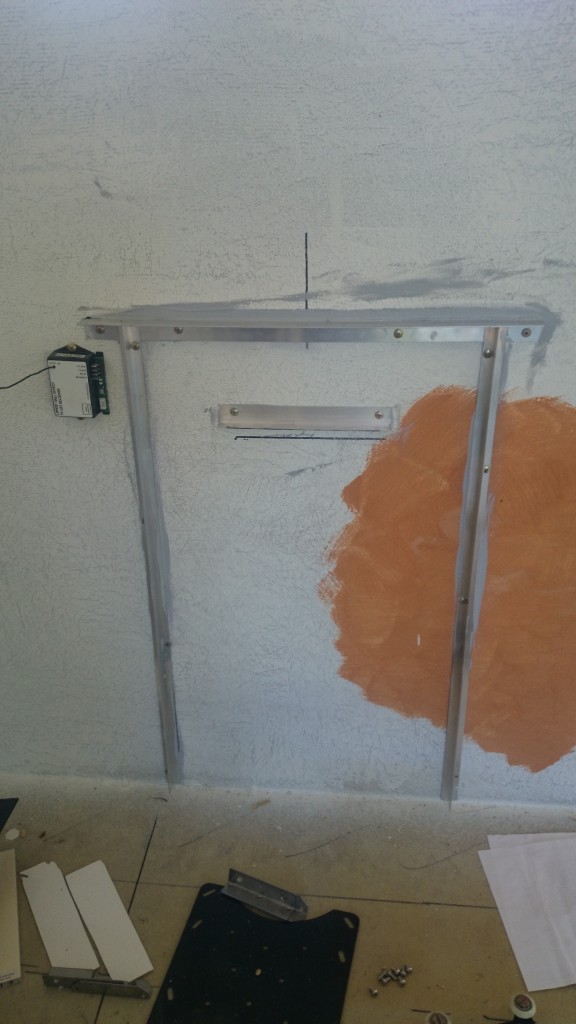 After the glue cured I place nut rivets through the alu into the fibre glass and secured the motor mechanism with 6 mm stainless bolts. The top angle is supported by two alu angles from the bottom up to reduced the weight on the nut rivets. When the TV is inside the box the bottom end sits on a foam cushion to support it when travelling over rough roads. 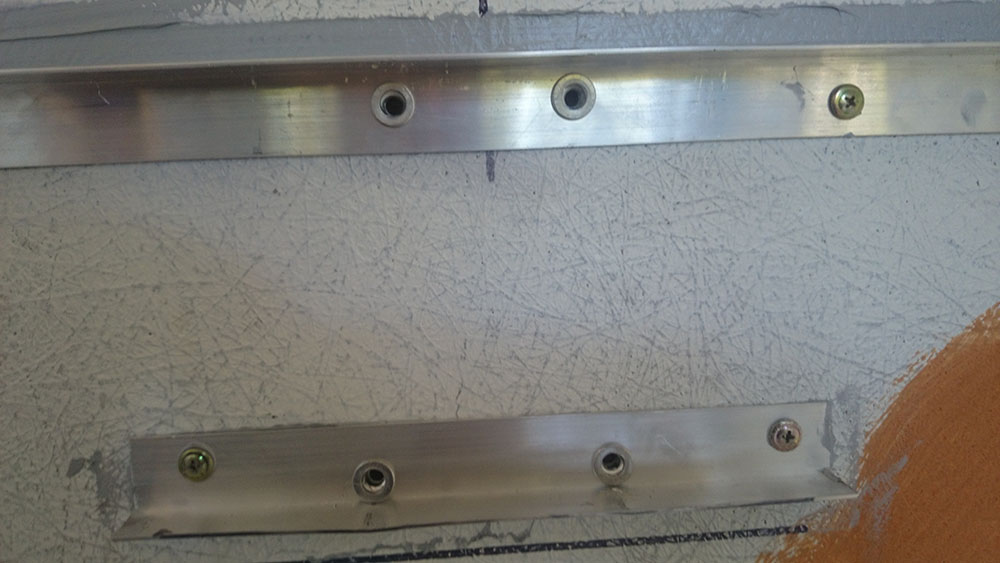 The image below shows the motor mechanism. The lift has a Vesa plate for 200 mm mounts however I will make an adapter for the 400 mm Vesa mount for the 55″. 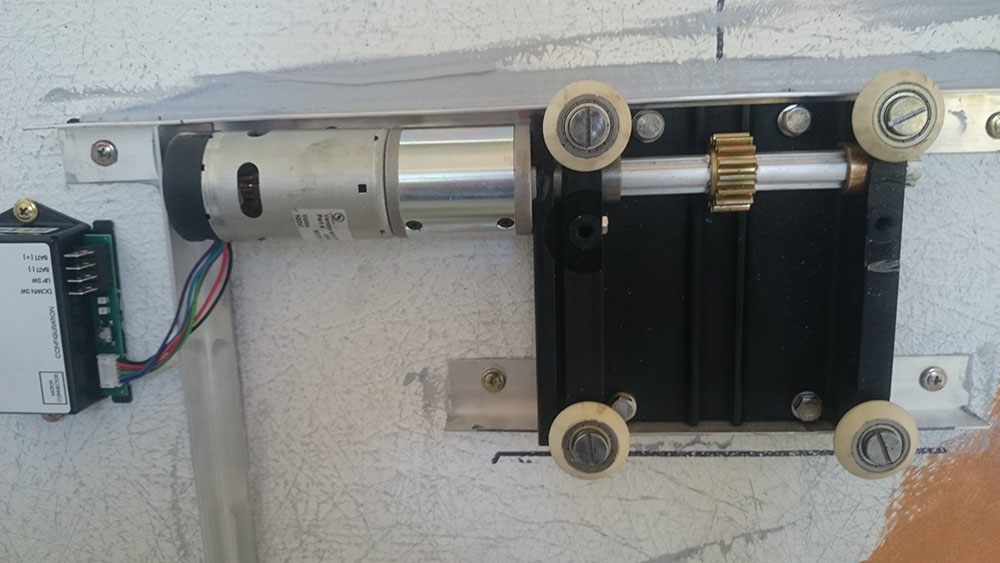 The lift has a remote which we will probably never use since it is integrated into the control network and has also a manual switch. The universal remote via our phones will also have a function for the lift.