Amongst other things I have started to connect some components of the main audio system. I will make another “catch up” post  with lots of images after this one. 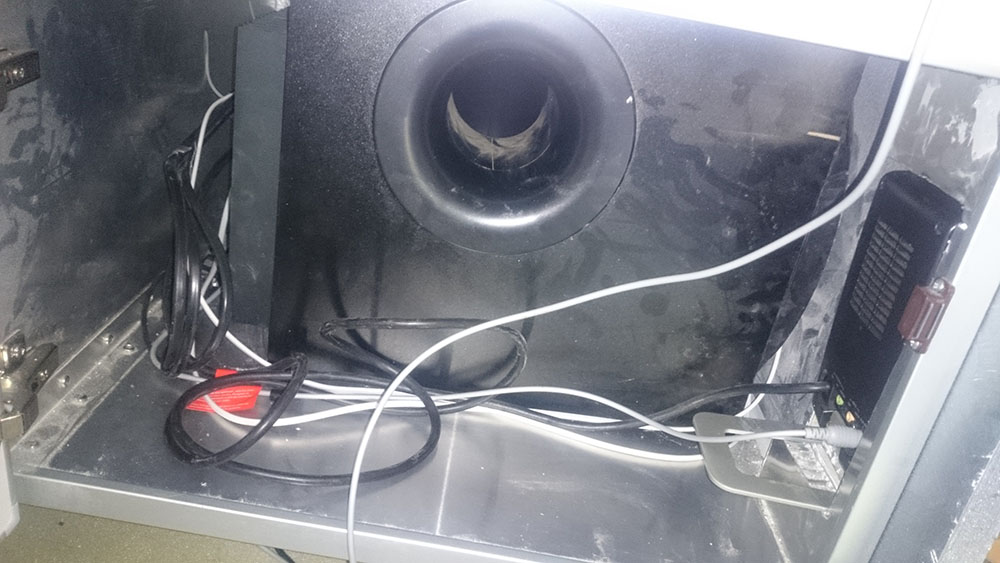 I use an old Logitech 5.1 audio system, which I had in the slide-on camper since 2007. It is still good, has a great subwoofer and is compact with the built in amp and the remote head unit. I really like it, all the newer ones never worked as good as this one and I did not want to use a full domestic stereo.

Originally I had decided to use the Logitech speakers as the front speakers , but after some deliberating I decided to replace them with car stereo speakers. The reason is mounting depth and position. I could not mount the speakers out of the way of the blinds, at least not the right one at the door.

I installed 3 6.5″ 3 way speakers as a left, right and centre speaker and also installed the mounting board for the blinds. Will do another cover board also. 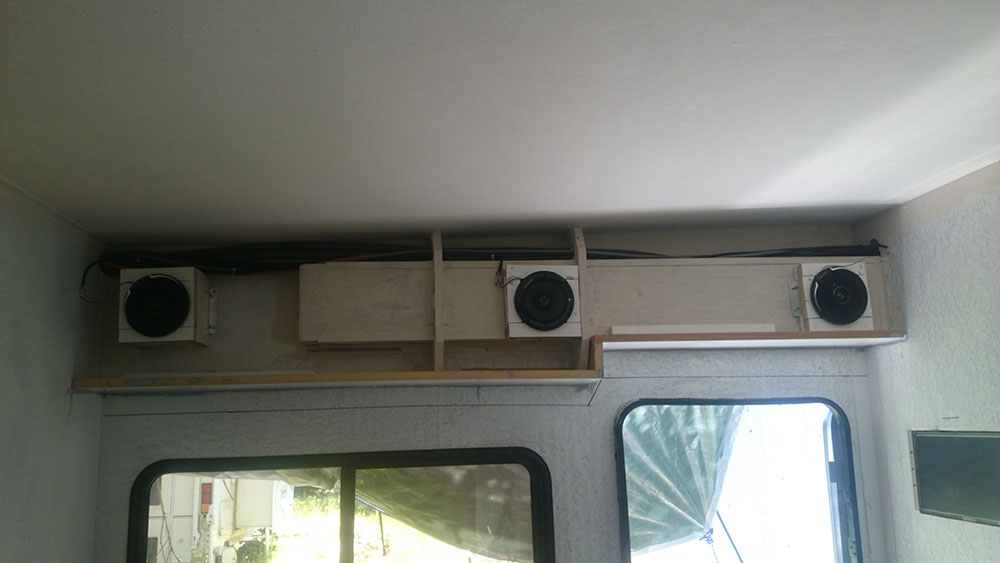 The Logitech sub is the main sound component and has an optical SPDIF input. To connect more than one 5.1 sound source to the control unit would require a toslink selector, which is manual. Every time I would want to switch between sources  I need to open the cabinet door and select the required input. This is not very convenient. HDMI selectors are available with remote control, which I am going to use for the main audio/video wiring. 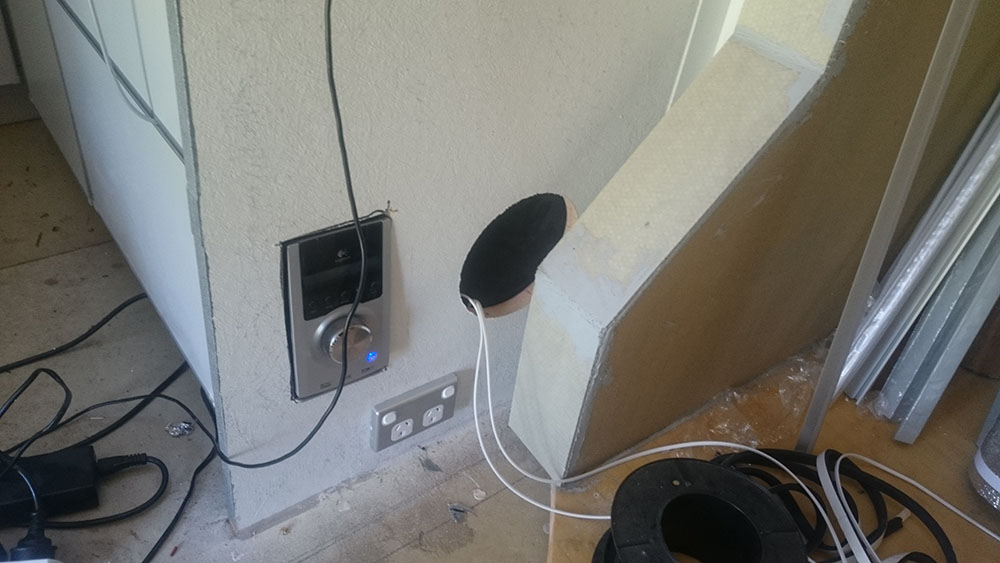 As an auxiliary input I use a sound card with optical output and USB input and can connect a laptop or tablet directly to the USB.

The TV audio output is connected to 2 blue tooth transmitters for a couple of headphones.

Tablets or phones can be linked to the TV via Miracast to mirror the screen onto the TV. This is suitable for quick check of photos or any other application on the phone or tablet  which is nicer on the big screen. 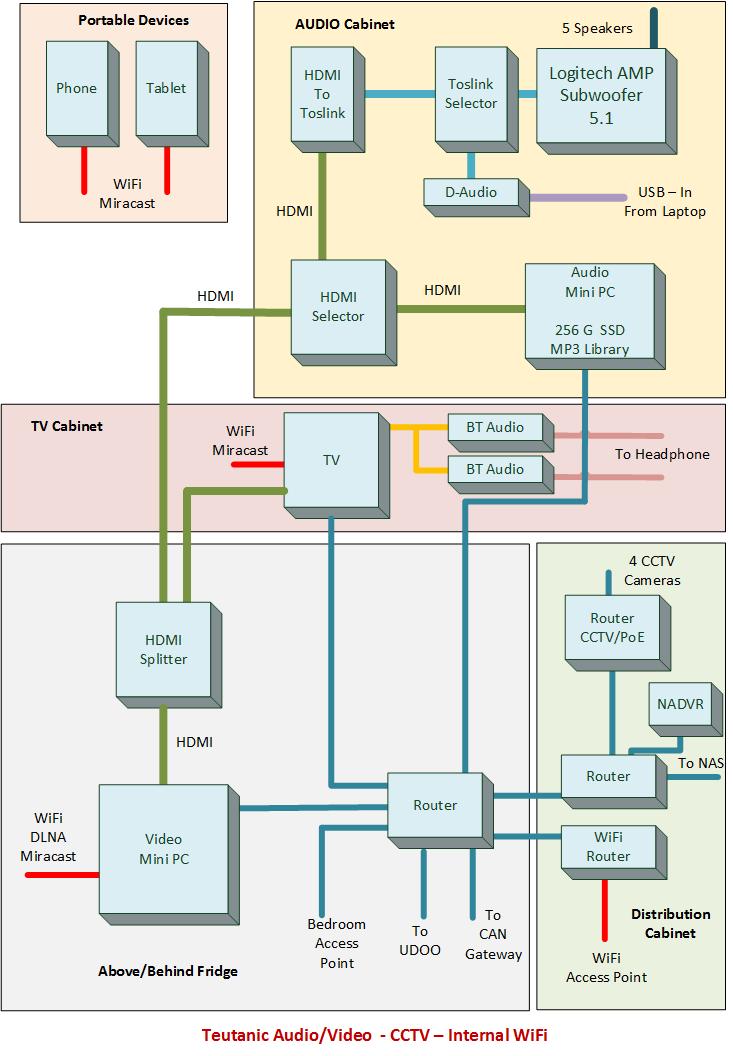 Most of the connections are done wired, I still prefer that over wifi if I have the option. However I also have a wifi access point to the network and can use a laptop or tablet as a remote control for the audio or video pc via remote desktop. Alternatively the TV can be used as a display for the video pc. At this stage I have no plans to connect the audio pc to the tv as well. I rather write my own little Android app to use the phone as a remote control for the audio pc. Something to play for later.

At the moment I use the installed components with a laptop and the optical output of the external sound card. 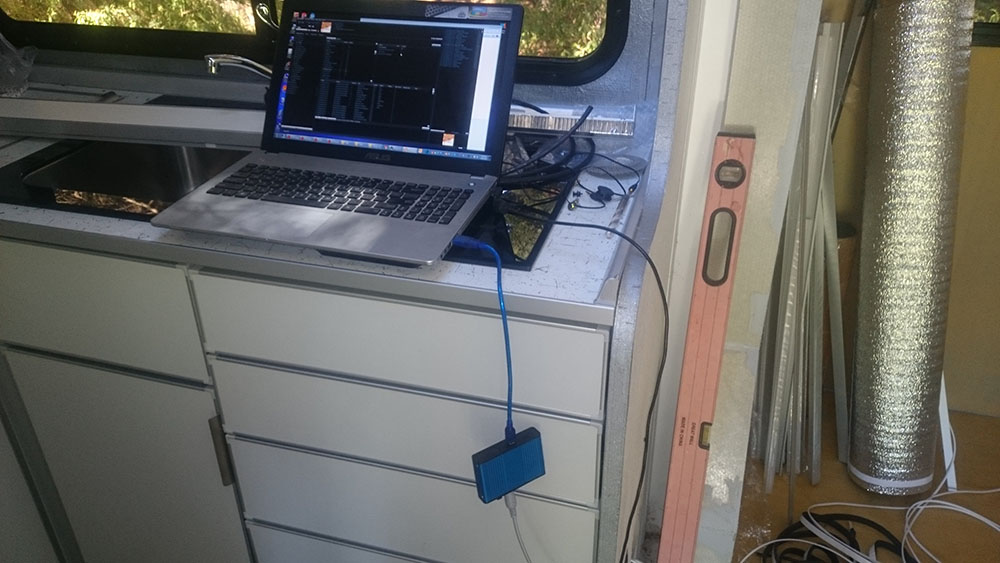